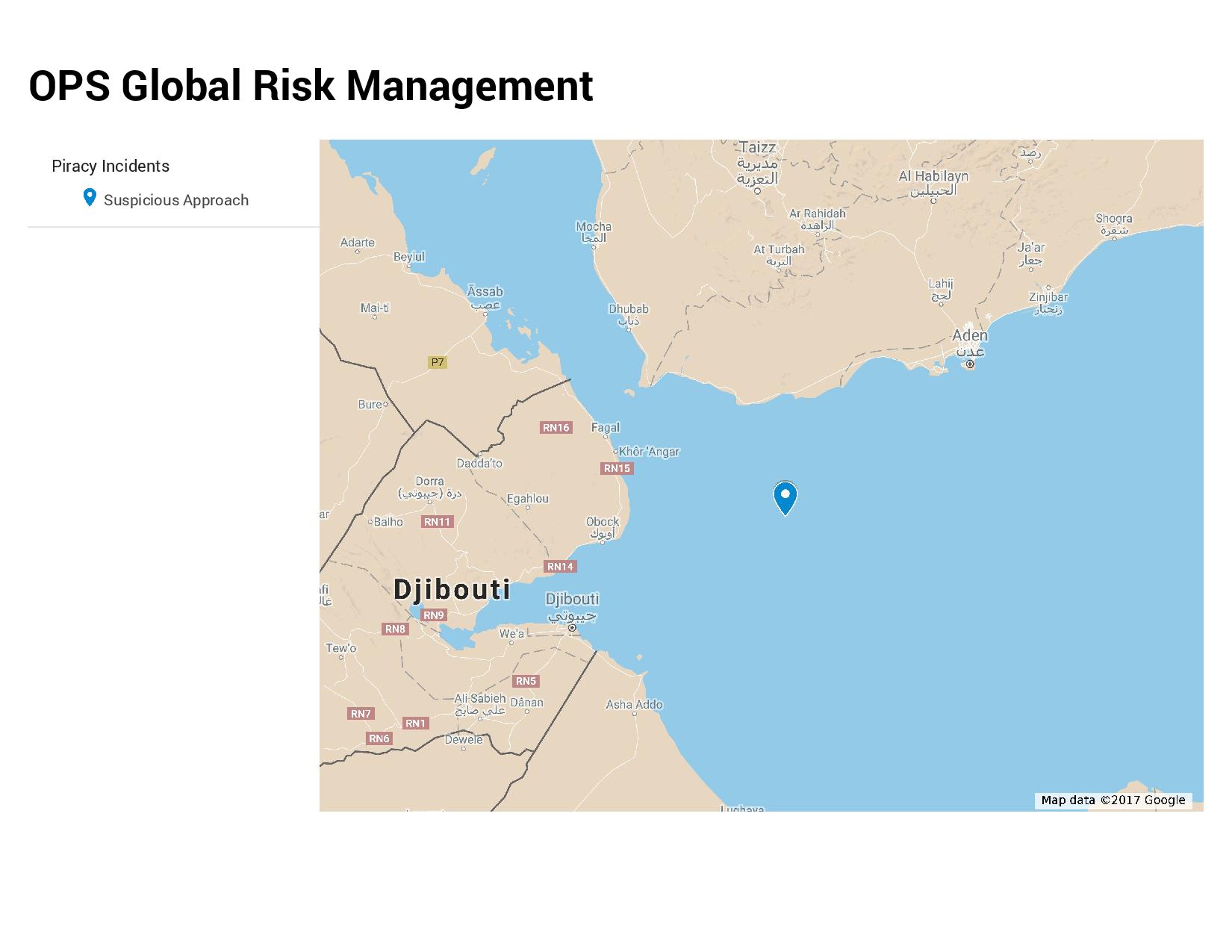 It has been reported that a Bulk Carrier was approached whilst underway between the Bab el Mandeb and Point Alpha of the IRTC. Five skiffs each with four persons onboard came to within approximately 150m of the vessel. The onboard armed security team displayed their weapons which resulted in the skiffs aborting their approach. The vessel has been reported as safe.