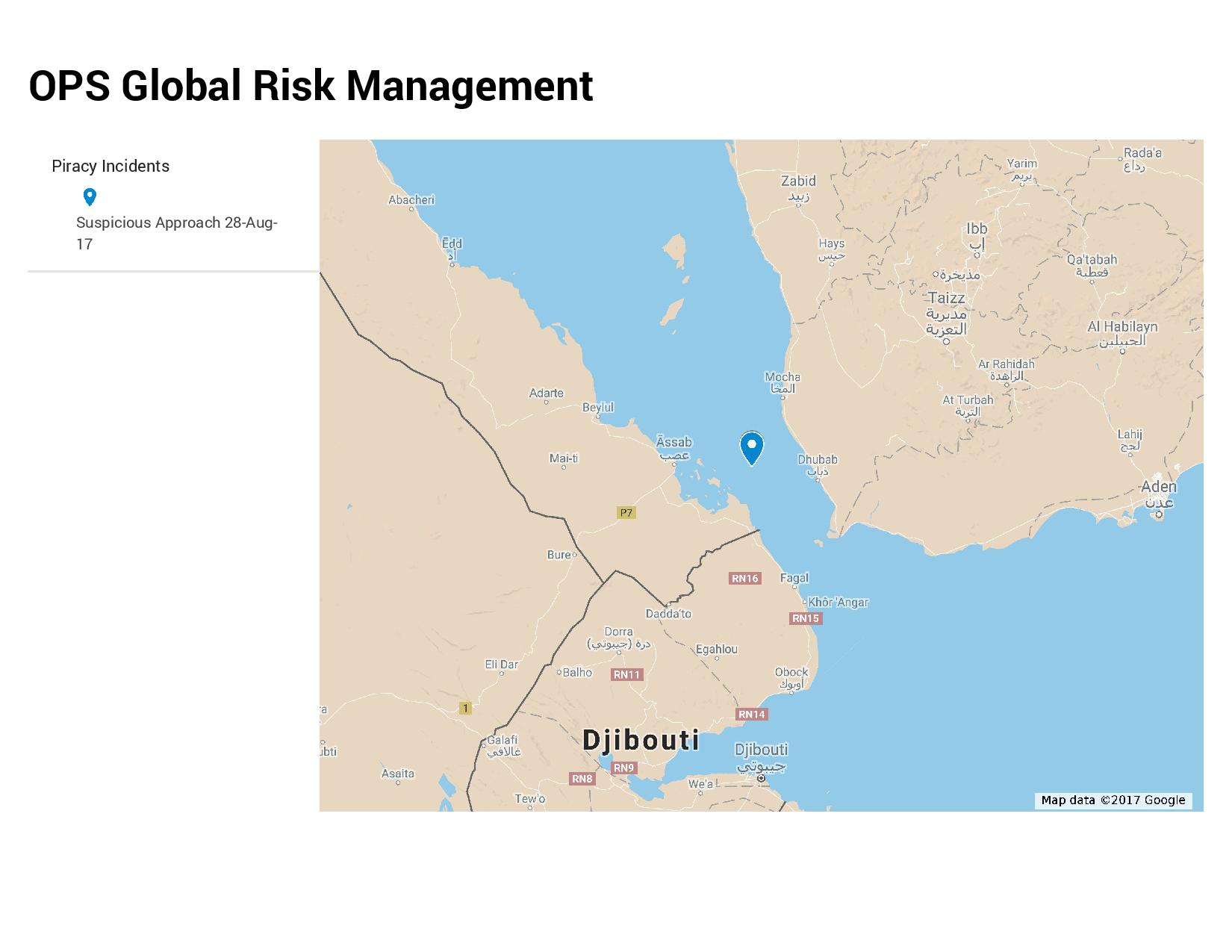 A report has been issued stating that a vessel was approached by 4 skiffs whilst underway 14.4nm Northeast of Dubab, Yemen. Each skiff was reported to have five or six persons on board and ladders were sighted on two of the skiffs. The skiffs came to within 0.8nm of the vessel. The vessels Armed Security Team showed their weapons which resulted in the skiffs aborting their approach. The vessel has been reported as safe

Vessels within a 100 nautical mile radius should increase their Anti-Piracy deterrents in line with Best Management Practices 4. This should include increased twenty four hour Anti-Piracy watch keeping and radar monitoring. Vessel hardening should be checked and where appropriate bolstered.