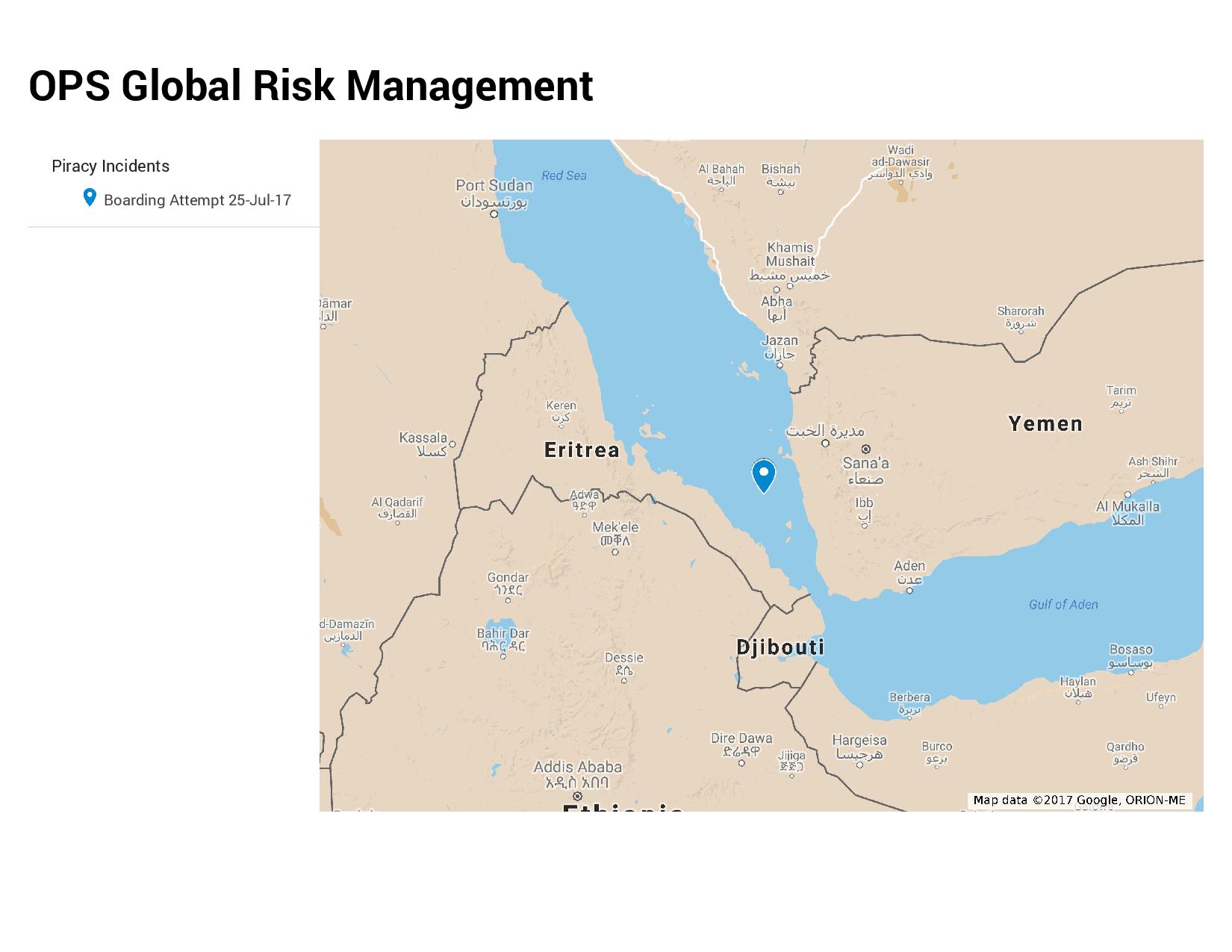 It has been reported that a vessel was approached by nine skiffs whilst underway. The nine skiffs have been described as having white hulls with ten persons onboard each skiff. They approached to within 0.2nm, ladders were also sighted. Upon approaching the vessel, the armed security team showed their presence. This resulted in four of the skiffs aborting their approach, the remaining five skiffs are still following the vessel. Confirmation was later received from UKMTO that the five skiffs had stopped following the vessel and have reported the vessel and crew to be safe.