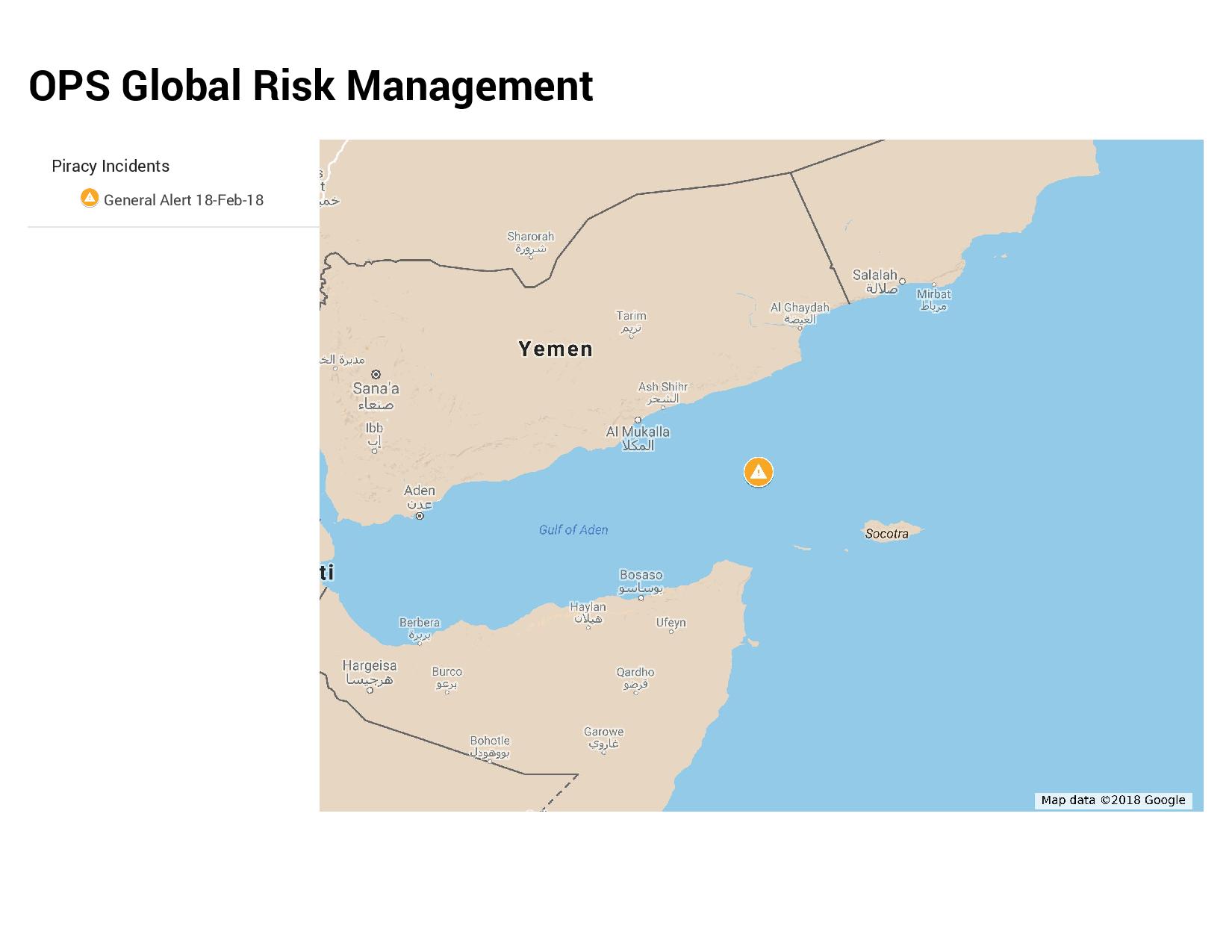 It has been reported that a suspicious approach has occurred in the vicinity of Point Bravo, IRTC. No further information has been released, UKMTO have stated that this incident is still under investigation. Upon further receipt of confirmed information this alert will be updated accordingly.

UPDATE: Confirmation has been received stating that a yacht was approached by three skiffs. The Master reported the approaching skiffs to the UKMTO. A helicopter was deployed by a CTF51 Coalition vessel that was in the area and conducted some fly overs which resulted in the skiffs moving away.