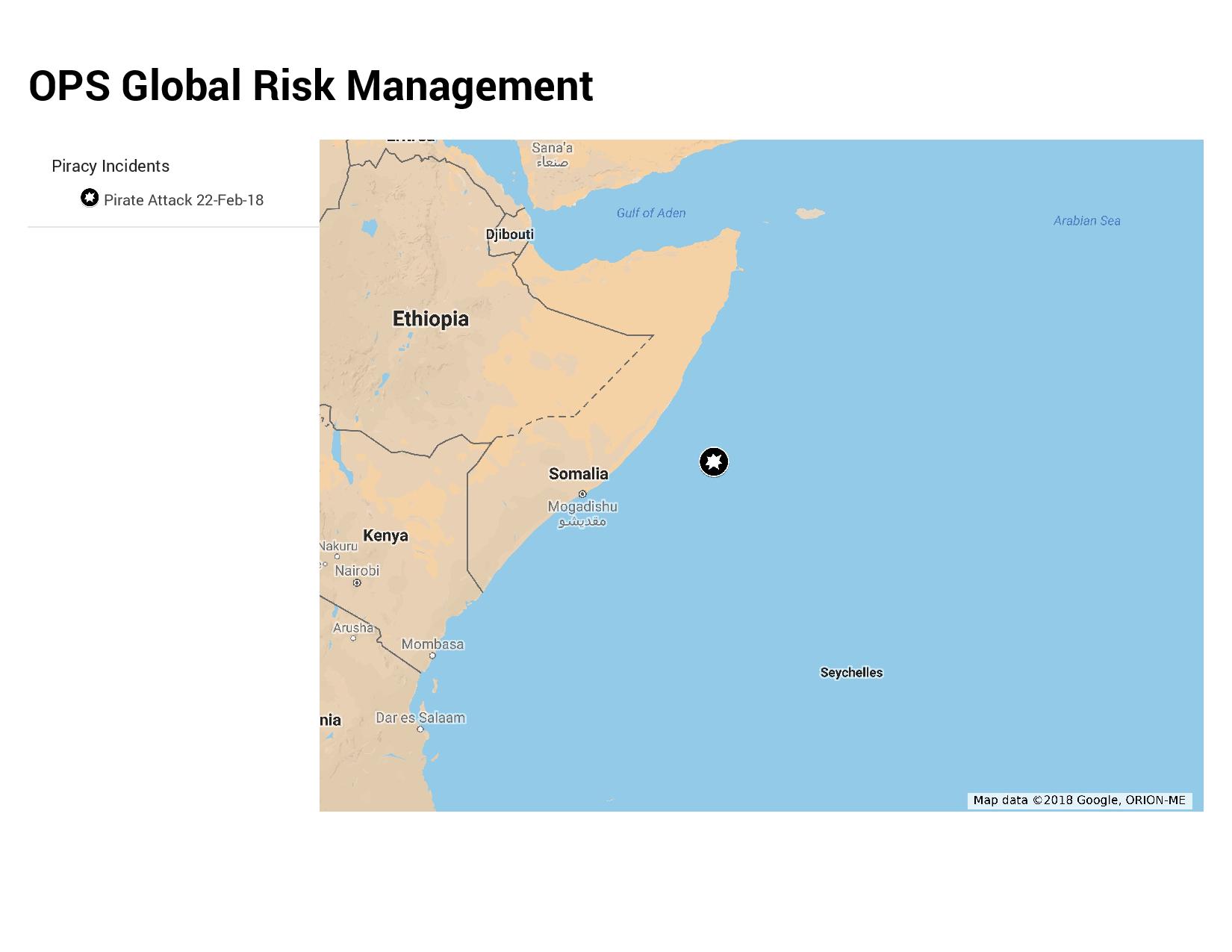 It has been reported that a vessel is under attack.

UPDATE: Further information has been received stating that the vessel was attacked by three skiffs and shots were fired. Fire was returned by the onboard security team resulting in the skiffs moving away. The Master has confirmed that the vessel is safe.