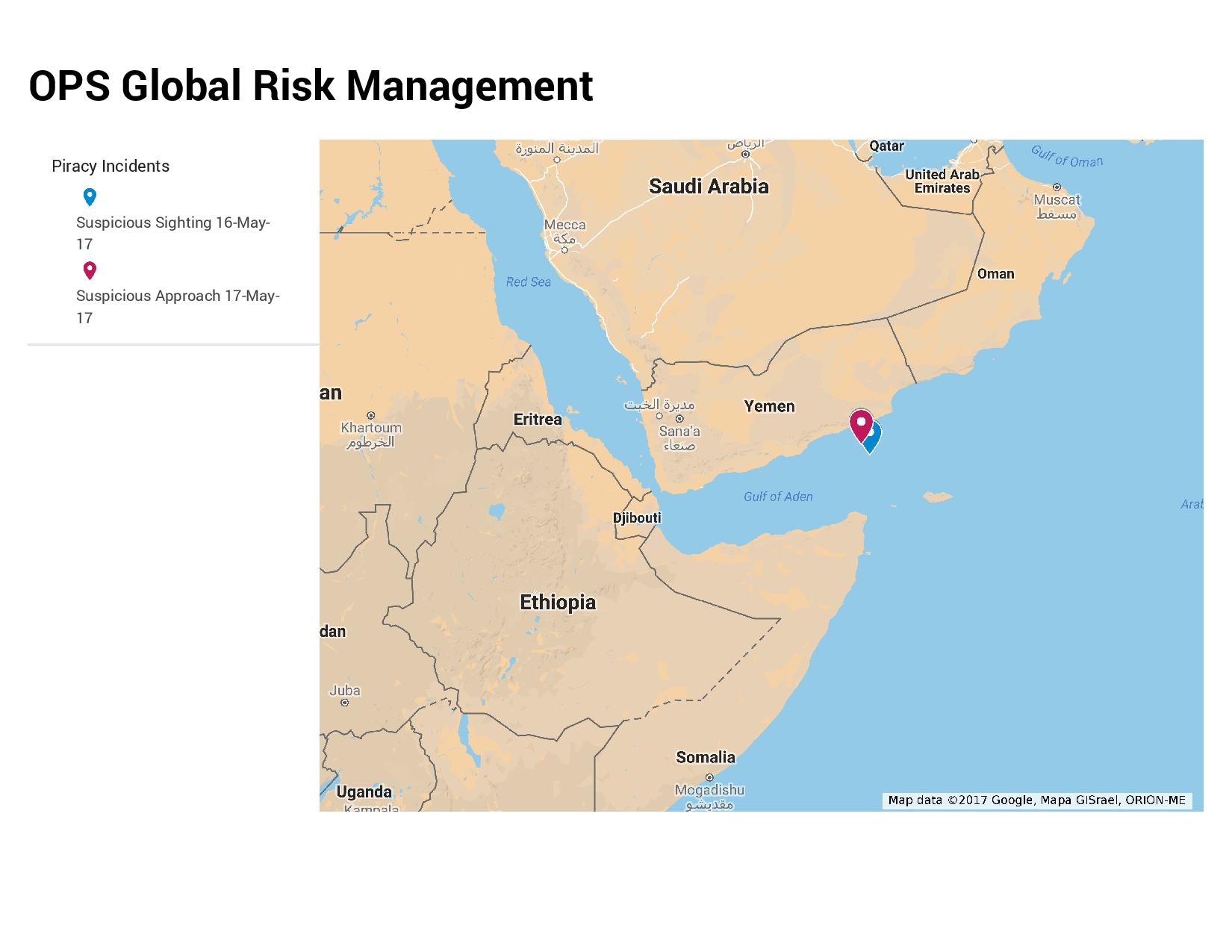 It has been reported to the UKMTO that three Dhows have been stopped and boarded in the Gulf of Aden, approximately 73.4nm South-southeast of Sayhut, Yemen. Following several reported sightings of the Dhows, Indian Naval patrol vessels in the area were able to locate and then board the suspicious vessels. A full search was conducted and a cache of various weapons was discovered and confiscated. No arrests were reported.

UKMTO have been informed by a Master that he was approached to within 1NM. The Master stated that 7 skiffs approached from both his port and starboard quarters and each skiff had 4 to 5 persons on board, they continued to follow the reporting vessel for 30 minutes before ceasing their attempts. The Master requested to UKMTO that no further information was shared. Vessel reported as safe.