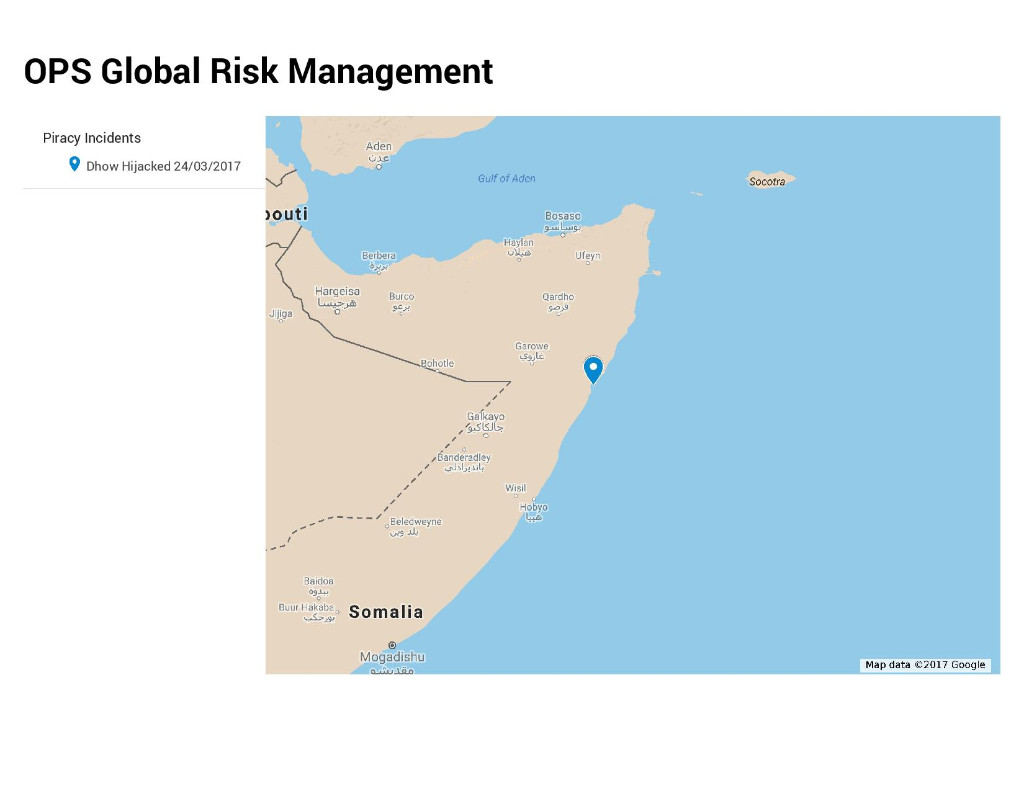 Somalia It has been reported that a fishing Dhow has been hijacked in the vicinity of Eyl. The exact position and time of this incident is currently unknown, it has been confirmed that the crew of the Dhow were immediately disembarked from the vessel prior to the pirates heading to the open sea. The nature of this incident is unique to this area and concerns have been raised, due to this Dhow now having the potential for being utilised as a Mothership within the Somalian waters.

UPDATE: The UKMTO have reported that the Dhow in question is coloured white on its upper section, with the lower section coloured brown. The vessel was at Banderbeyla (100nm north of Eyl) for resupply at 2125 UTC on 24th March 2017. The report also states that there are at least eight pirates onboard who are waiting for heavy weapons.