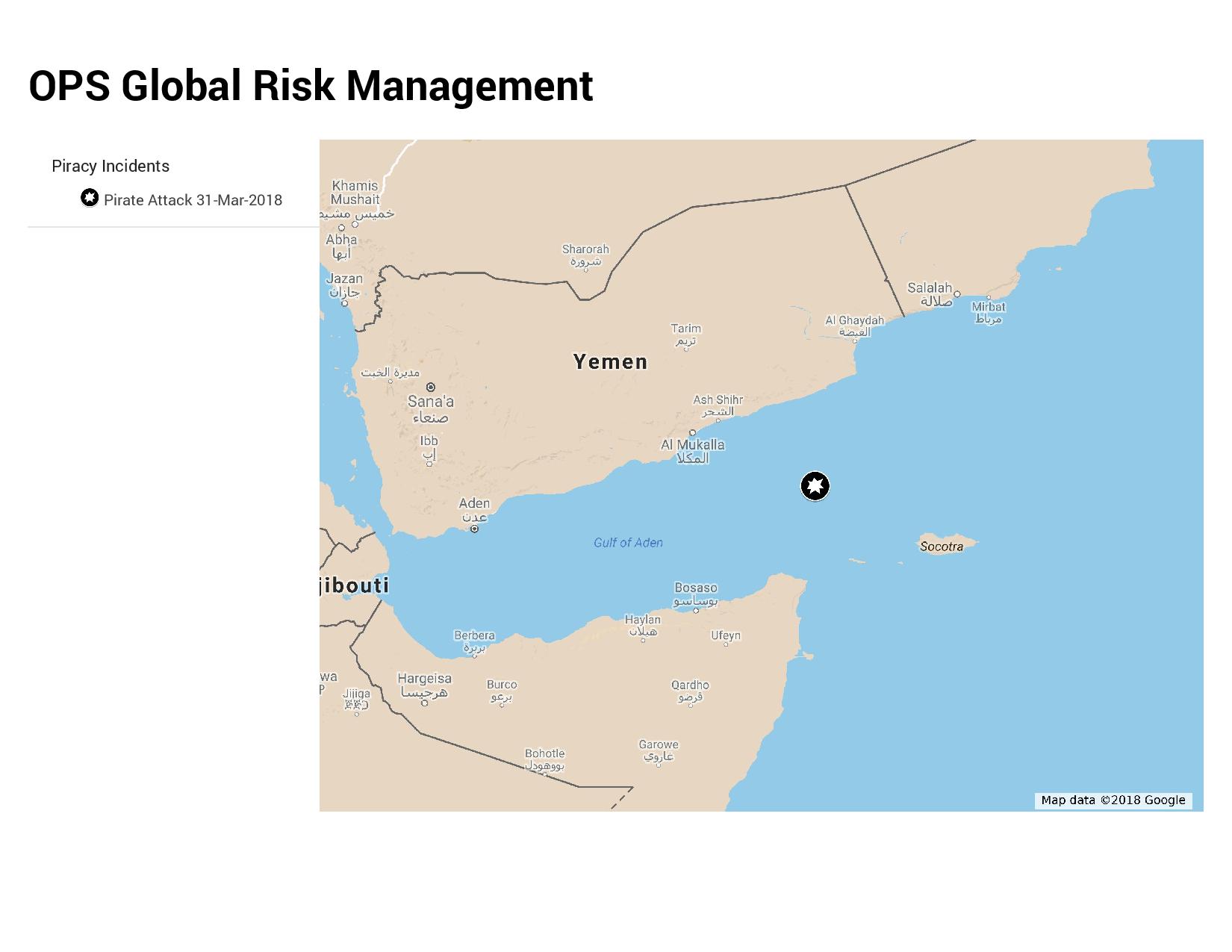 It has been reported that a vessel was attacked 80nm west of point Bravo, IRTC. The vessel was underway in the east bound lane when two skiffs approached and then opened fire. The vessel's onboard Armed Security Team returned fire resulting in both skiffs aborting the attack. The vessel has continued on her voyage and all crew are reported as safe.

UPDATE: It has been confirmed that the vessel involved in this incident was a tanker. Two armed pirates were onboard each skiff and opened fire on the tanker when they came to within 100m, resulting in the tanker sustaining minor damage. It was also reported that ladders were sighted in the skiffs.