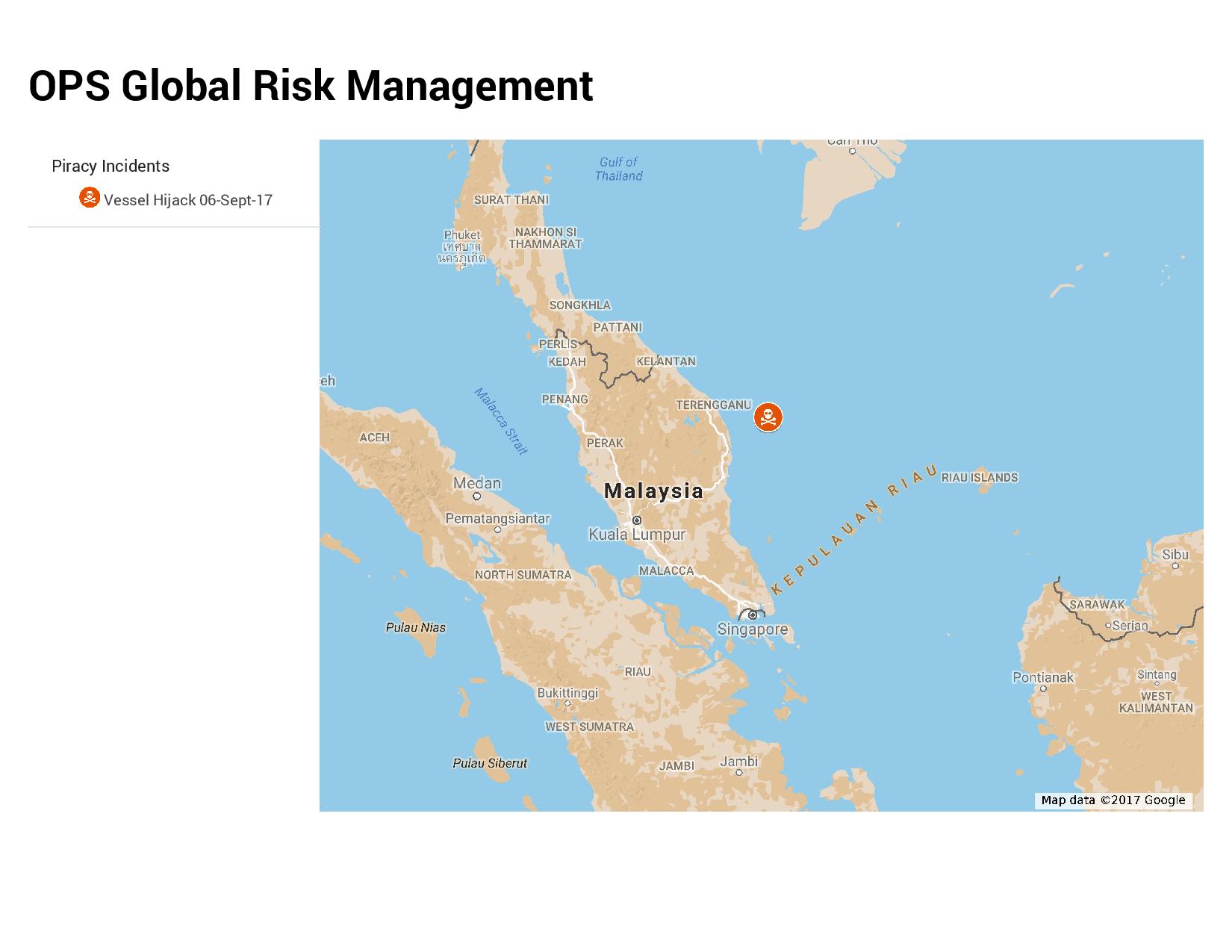 It has been reported that a Thailand-flagged tanker was hijacked whilst underway in the Andaman Sea. A total of thirteen armed pirates approached the tanker in a small boat, ten of the pirates managed to board the tanker. The crew then activated the Ship Security Alarm System (SSAS) and alerted the Malaysia Maritime Enforcement Agency (MMEA). Upon receiving SSAS alert the MMEA dispatched two ships and a helicopter to intercept the tanker. The ten pirates on board were apprehended by MMEA officers whilst the other three pirates managed to escape. The tanker was escorted to Kuala Terengganu, Malaysia for further investigation. Additional information was released stating that when the MMEA arrived on scene they could see the hijacked tanker alongside another tanker. A siphoning operation was being carried out by the Indonesian pirates. The additional tanker has also been taken to Kuala Terengganu for further investigations. The crew are all accounted for and unharmed.