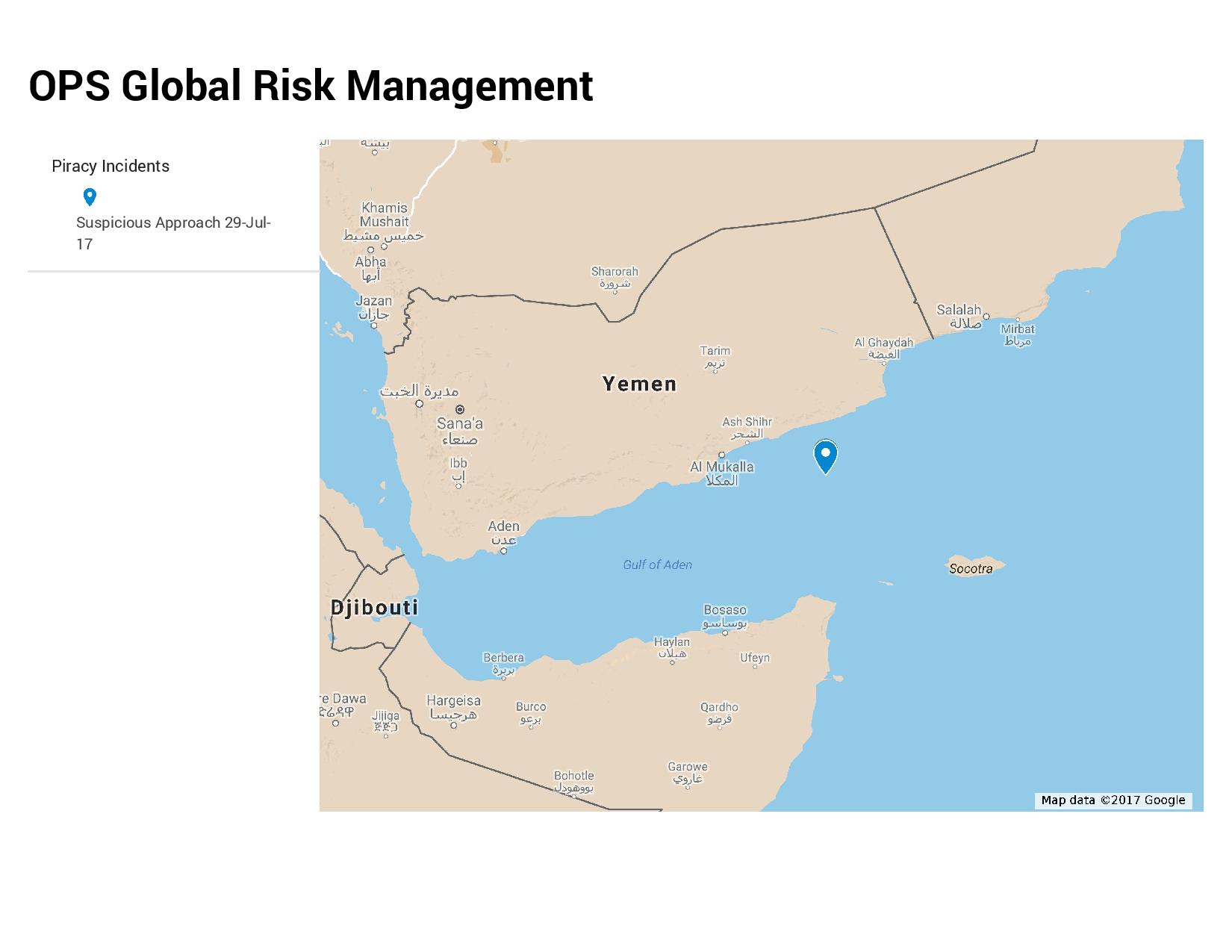 It has been reported that a vessel was approached by one skiff whilst underway approximately 53nm South of Sayhut, Yemen. The skiff travelling at a speed of 25 knots, approached the vessel three times on the starboard side and came to within two hundred meters. The armed security team on-board fired warning shots which resulted in the skiff aborting its approach. Both the vessel and crew are reported safe.