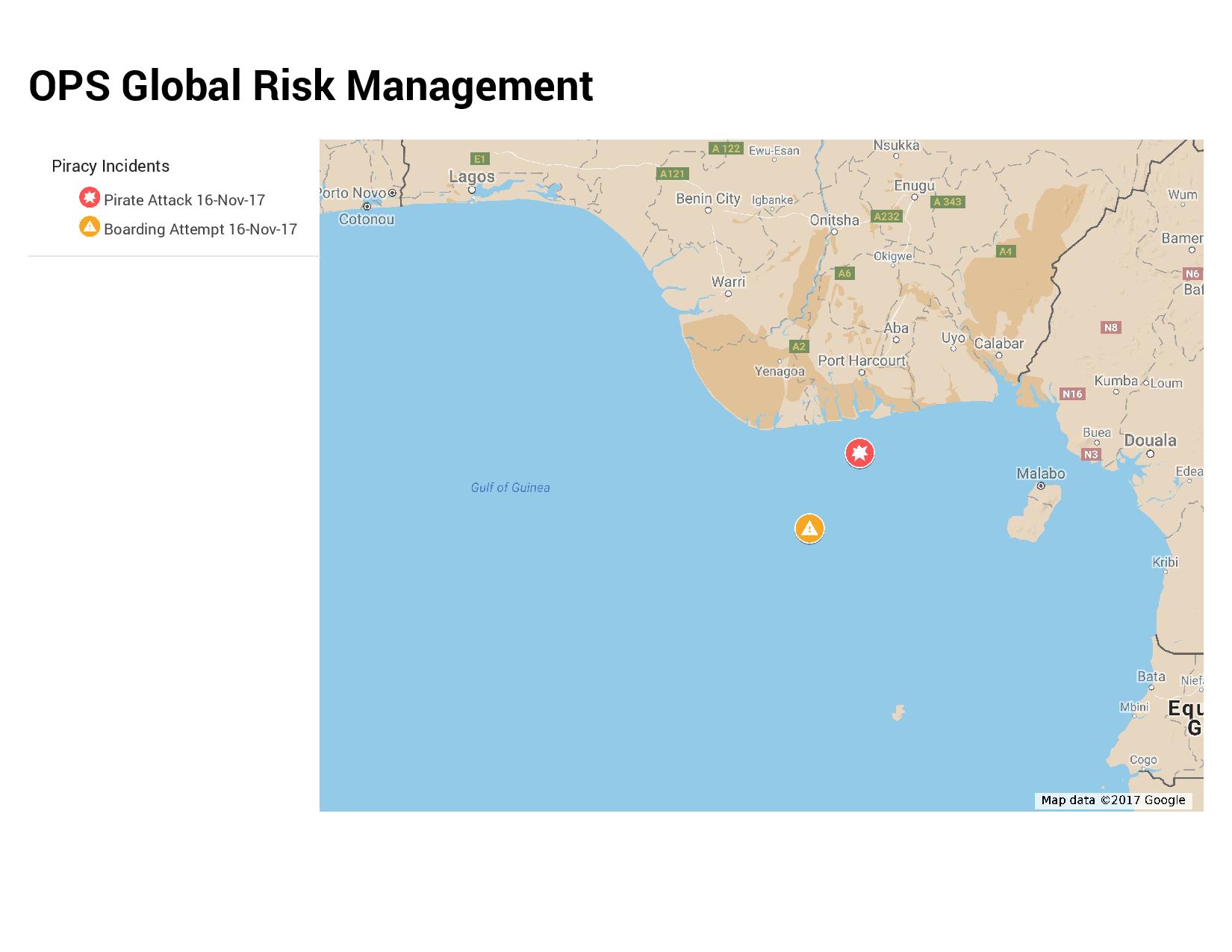 It has been reported that a tanker was approached whilst underway 48nm south of Bonny Island. The approaching vessel was described as being up to six metres long with a white hull and seven persons onboard, a ladder was sighted but no weapons were seen. The persons attempted to board the tanker but failed to do so due to the large freeboard.

OPS Global Risk Management have received information that a bulk carrier has issued a distress call on VHF Ch 16, stating a pirate attack. The vessel is currently underway in the Bonny Fairway Buoy vicinity. UPDATE: Pirates boarded the vessel and crew retreated to the citadel. At 14:30 LT the Navy boarded the Bulk Carrier and all pirates had left. The vessel is now under control of the Crew. It is unknown at this time if any crew were injured during the attack.