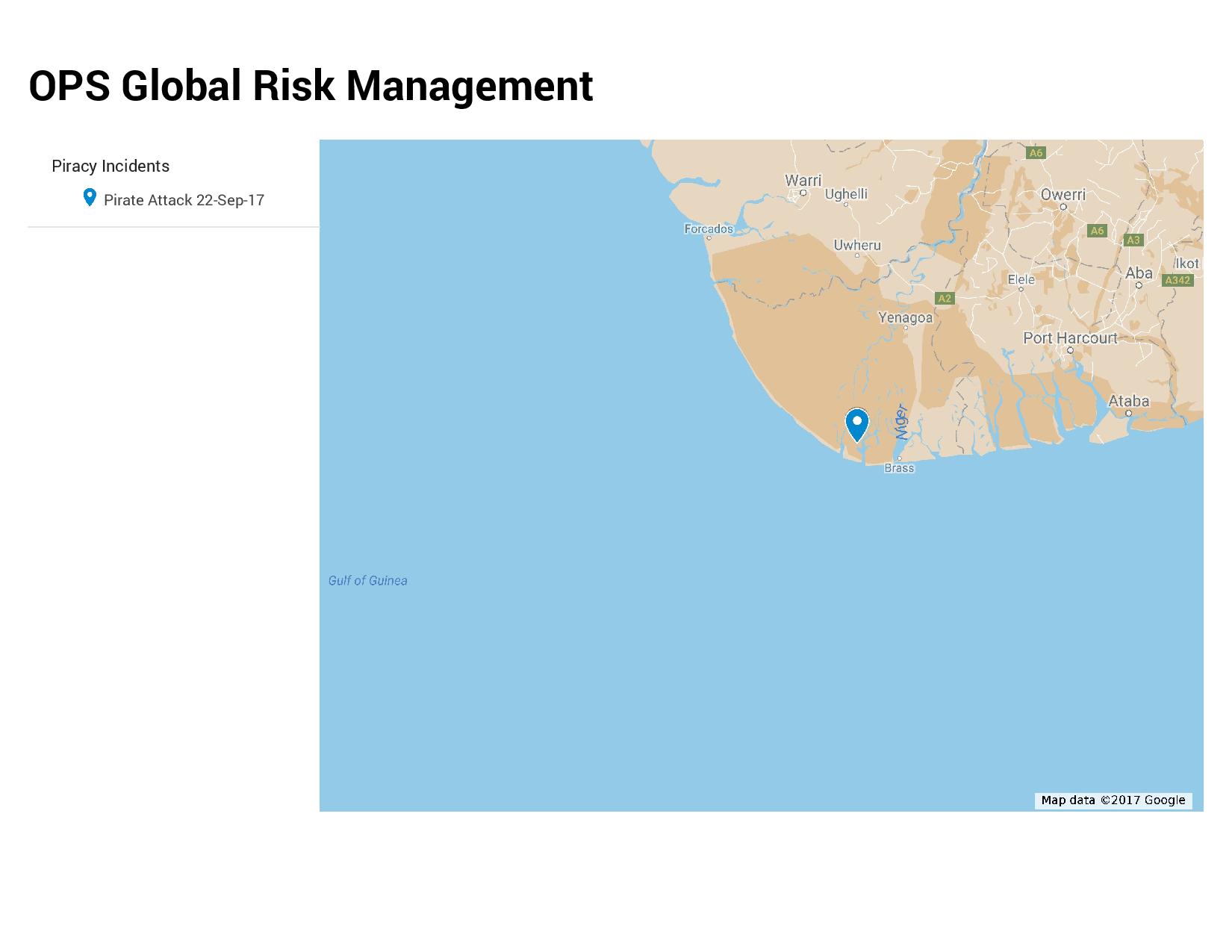 OPS Global Risk Management has received a report that a barge being towed by a local tugboat was attacked whilst underway in the Bayelsa State waterways. Heavily armed men onboard a 200hp speedboat approached and opened fire on the tug and barge. Three security personnel were injured in the attack. Two members of the Nigerian Security and Defence Corps who were escorting the vessel and a civilian were killed.