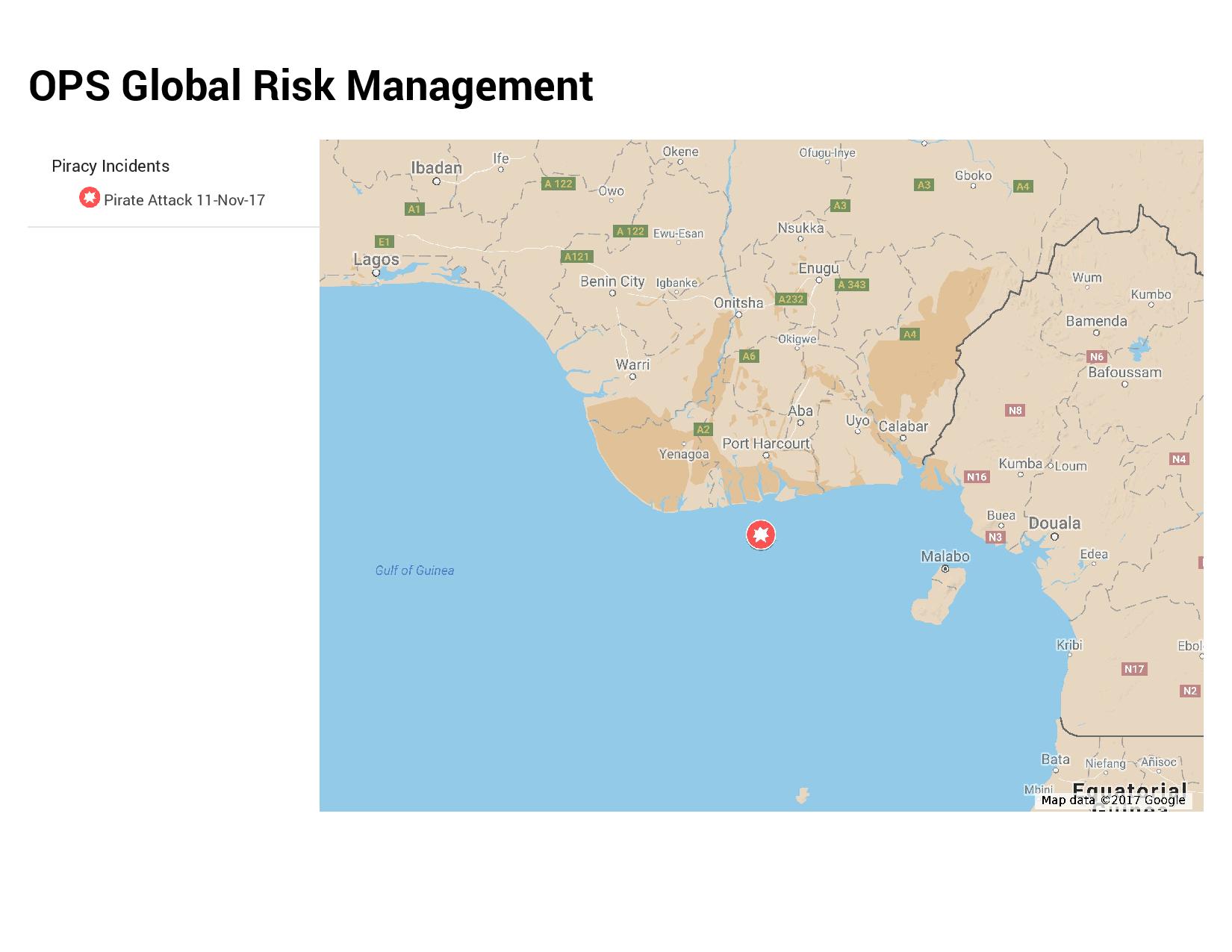 It has been reported that a bulk carrier was attacked, south of Bonny Fairway Buoy. The bulk carrier was underway, reaching 14kts at the time of the attack. The pirates boarded the vessel and was reported as drifting. A further report stated that the vessel is was under Naval escort to Onne. It has been confirmed that after boarding and abducting ten crew members, seven pirates escaped in a twin engine speed boat. After a pursuit involving gunfire with a Nigerian Navy patrol boat, the speed boat capsized but all occupants were rescued by the Nigerian navy and a Spanish warship that were dispatched to the scene. Two crew members were injured during the incident. All personnel were transferred to the Nigerian Navy.