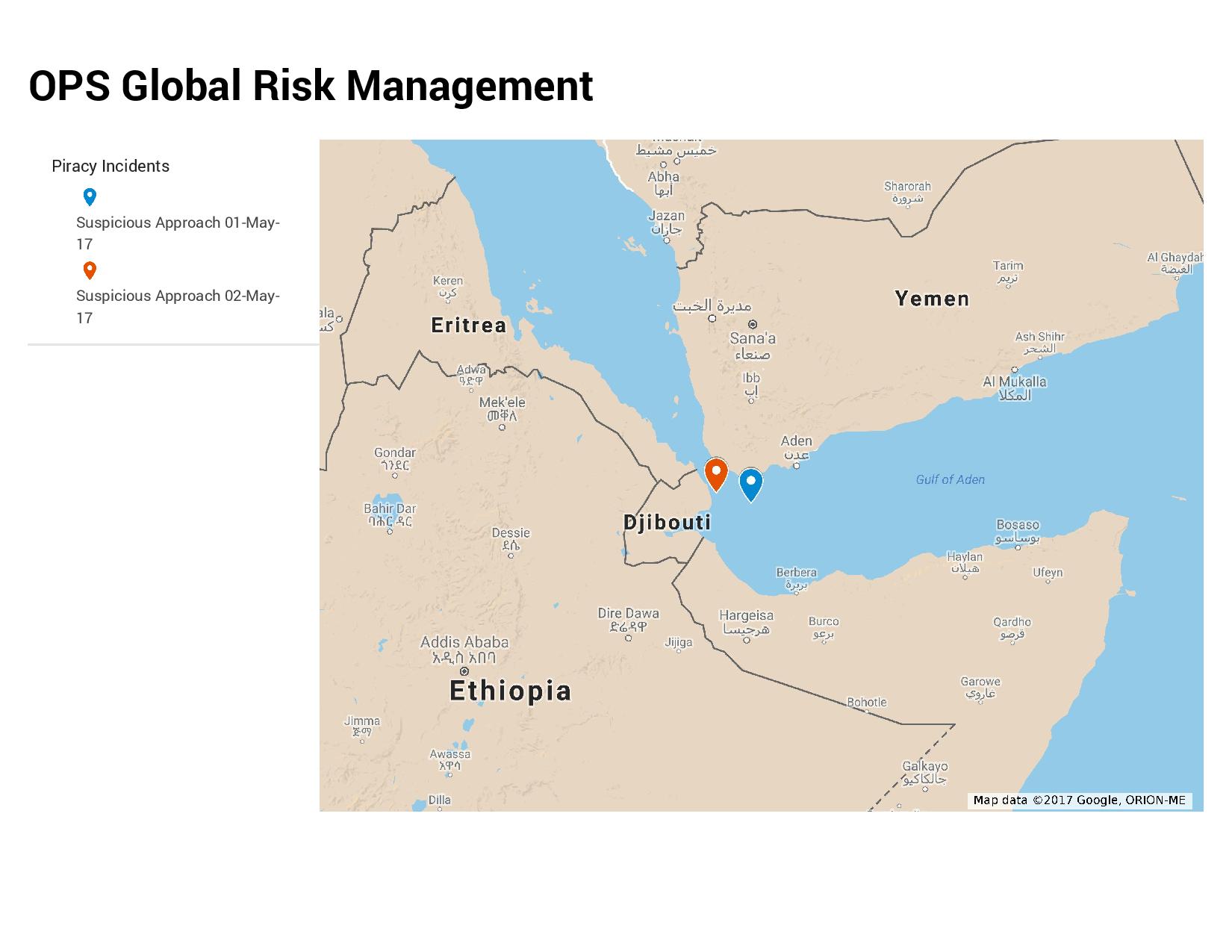 Security Alert Gulf of Aden 03-May-17

A report has been issued by the UKMTO stating that a cargo vessel was approached by five skiffs with five persons embarked on each. Four of the skiffs approached on the port side at a speed of 25knots and the other approached on the starboard side and closed to a distance of 0.2nm. The vessels on board security team fired warning shots which resulted in all five skiffs turning away. The vessel and crew are reported to be safe.

Gulf of Aden It has been reported to the UKMTO by an email from the Master of a cargo vessel, that he was approached by a group of three to four skiffs each containing four to five persons onboard. The skiffs which are described as having green and white hulls, aborted their approach after the onboard armed security team displayed their weapons. The vessel has continued on its voyage and is reported as safe.