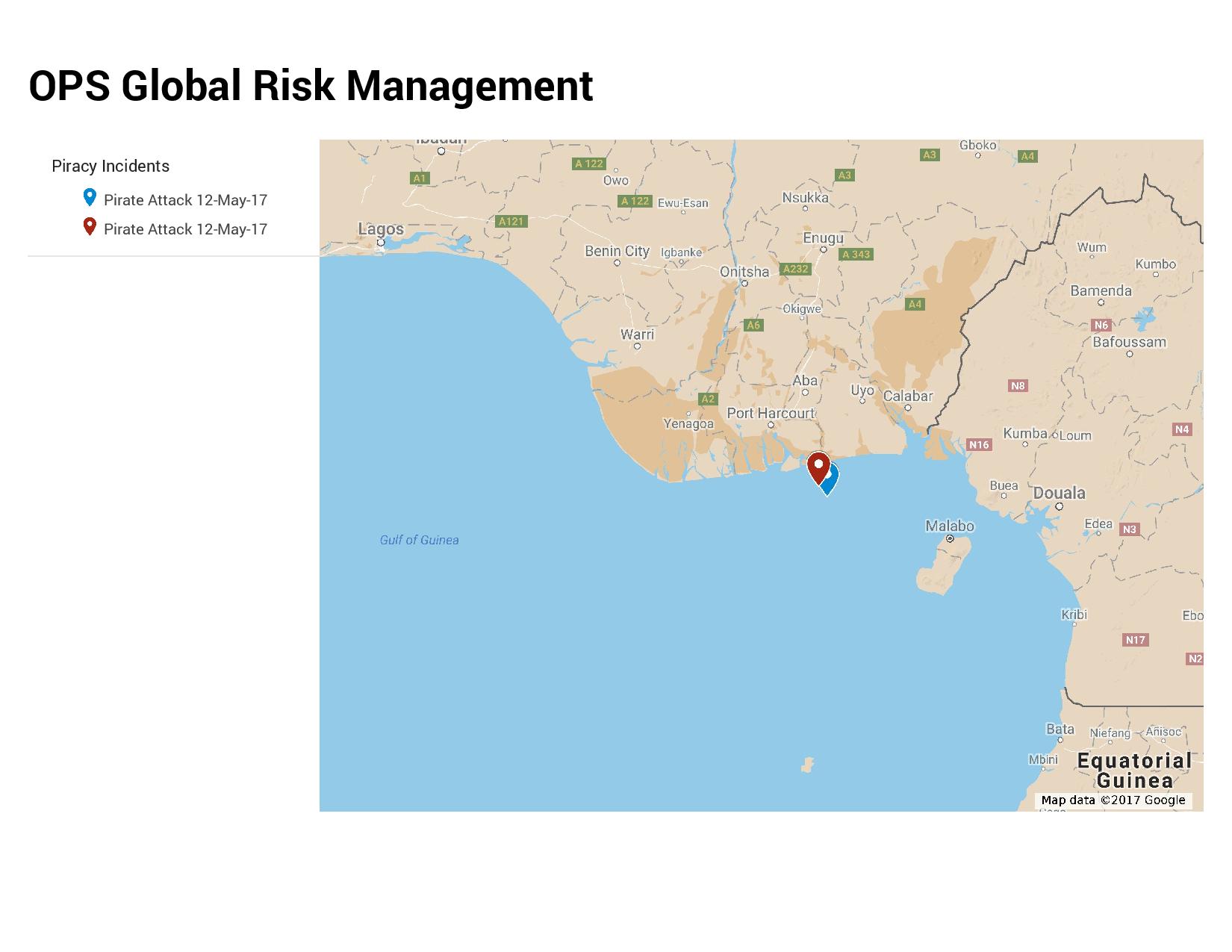 OPS Global Risk Management has received a report stating that a Marshall Islands flagged offshore supply vessel was boarded whilst anchored, approximately 4.4nm Southwest of Kwa Ibo Terminal. Two speed boats containing number of armed persons approached the vessel. The duty crew on-board the supply vessel spotted the speed boats, raised the alarm and were able to retreat to the citadel before the pirates boarded. A Nigerian security vessel arrived some time after to assist the supply vessel but the pirates had escaped.

It has been reported that a Panamanian flagged offshore supply vessel was approached whilst anchored, approximately 1.3nm South-southeast of Okoro Terminal. One speed boat with six armed pirates on-board approached to within one cable of the vessel. The armed security team on-board the vessel fired a warning shot, which resulted in the pirates firing almost twenty rounds against the supply ship. The security personnel then opened fire directly at the speed boat resulting in the pirates aborting their attack and leaving the area. No casualties were reported during the incident.