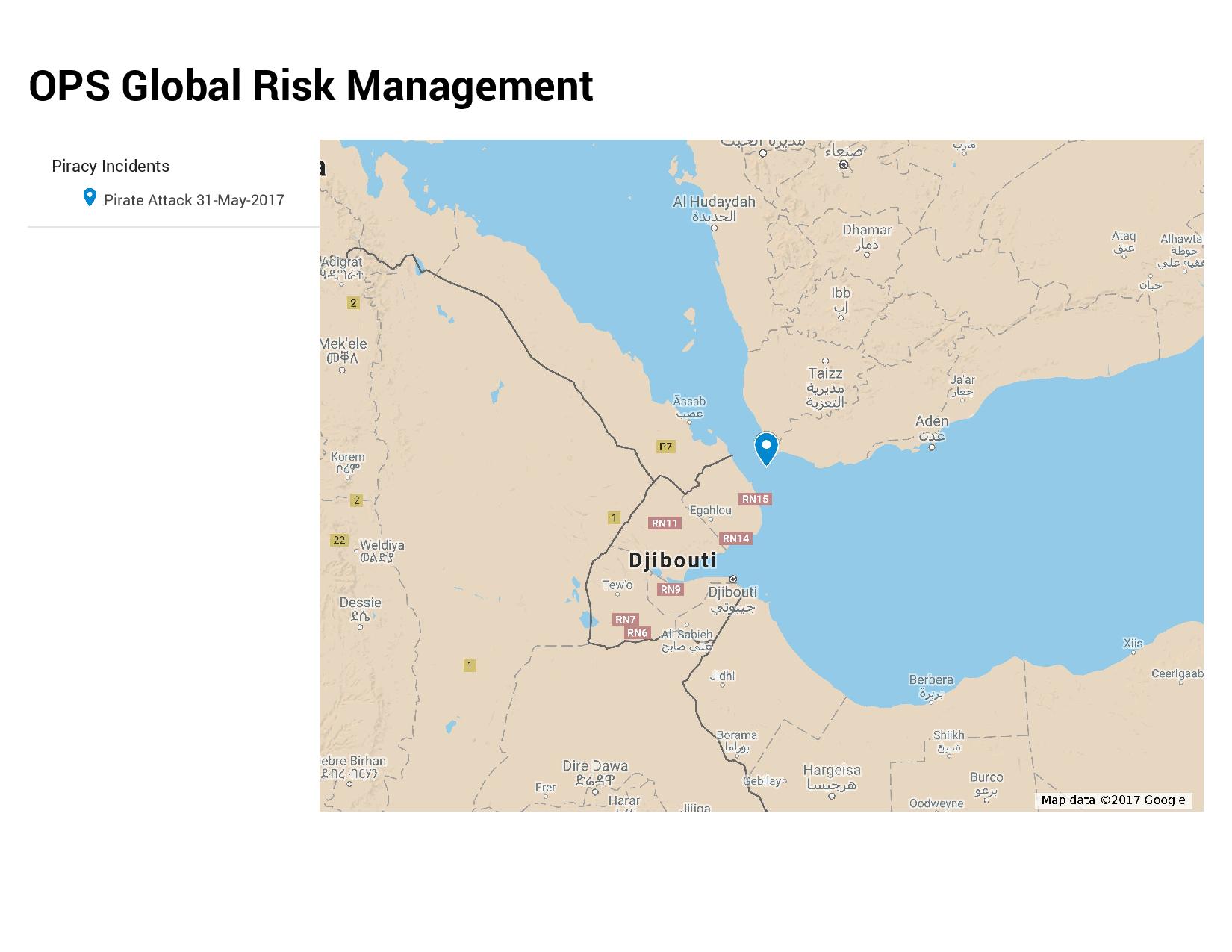 The UKMTO and EUNAVFOR have reported that a Marshall Islands flagged tanker has been attacked by one skiff whilst underway, 5.6nm Southeast of Mayun. The vessel is reported as safe, but the incident is currently classified as ongoing. OPS Global Risk Management will continue to investigate and update this alert upon receipt of further confirmed information.

UPDATE 01-Jun-17: EUNAVFOR have confirmed that the tanker was approached and fired upon by three men in a skiff. The Master of the vessel reported the perpetrators fired upon the tanker with three rocket-propelled grenades, before aborting their attack. It has been confirmed that the armed security team onboard the vessel fired warning shots at the skiff which resulted in the pirates aborting their attack. The vessel sustained damage as a result of being fired upon, but was able to continue to its destination. Two warships in the vicinity were notified and proceeded to the area to provide assistance to the tanker.