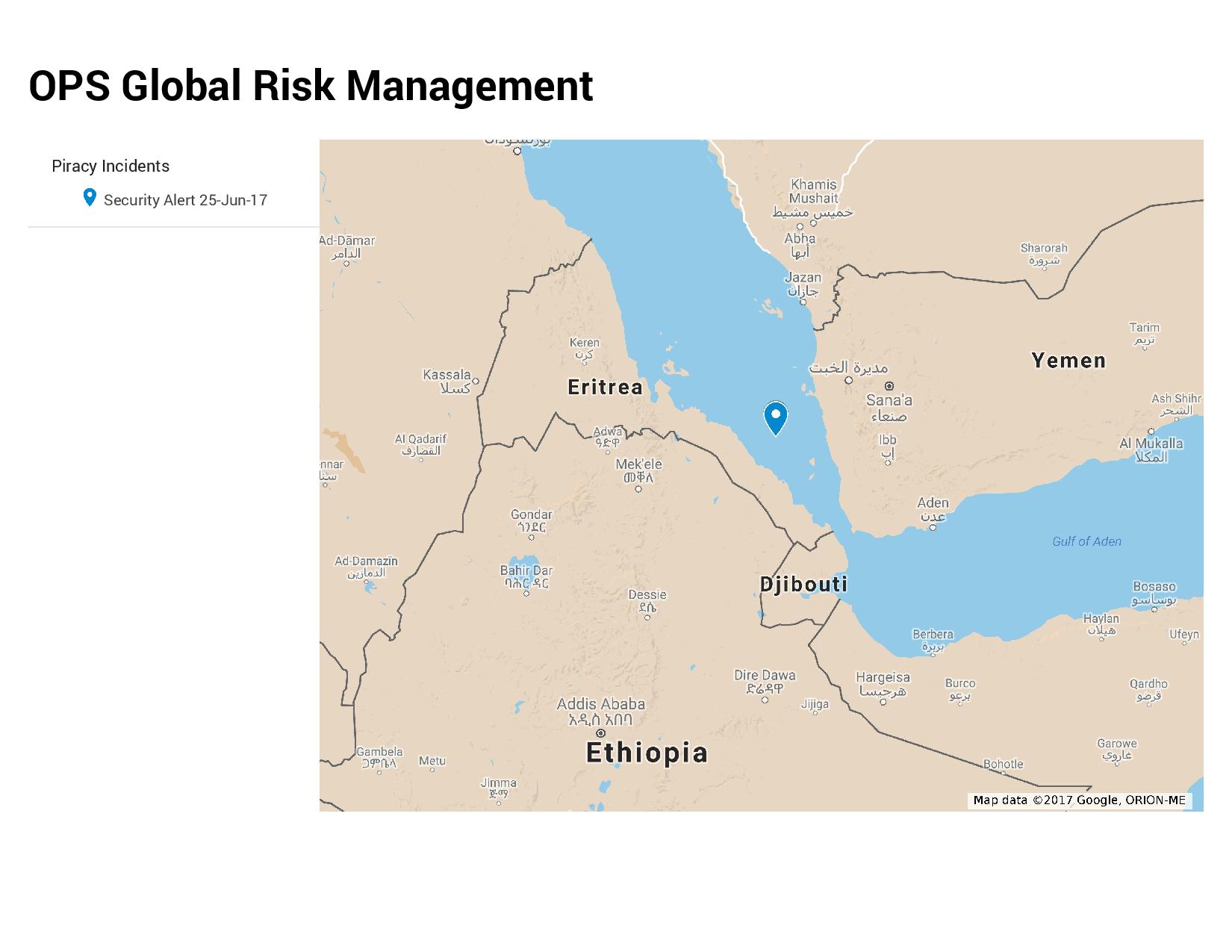 The UKMTO has issued an advisory after receiving a telephone call from the Master of a vessel, reporting that his vessel was approached by one dark hulled skiff, approximately 49nm West-southwest of Al Hudaydah, Yemen. There were eight persons on-board the suspicious vessel with weapons sighted. The skiff approached on the port side of the vessel to within three cables and then continued on a southerly course. The vessel has been reported as safe