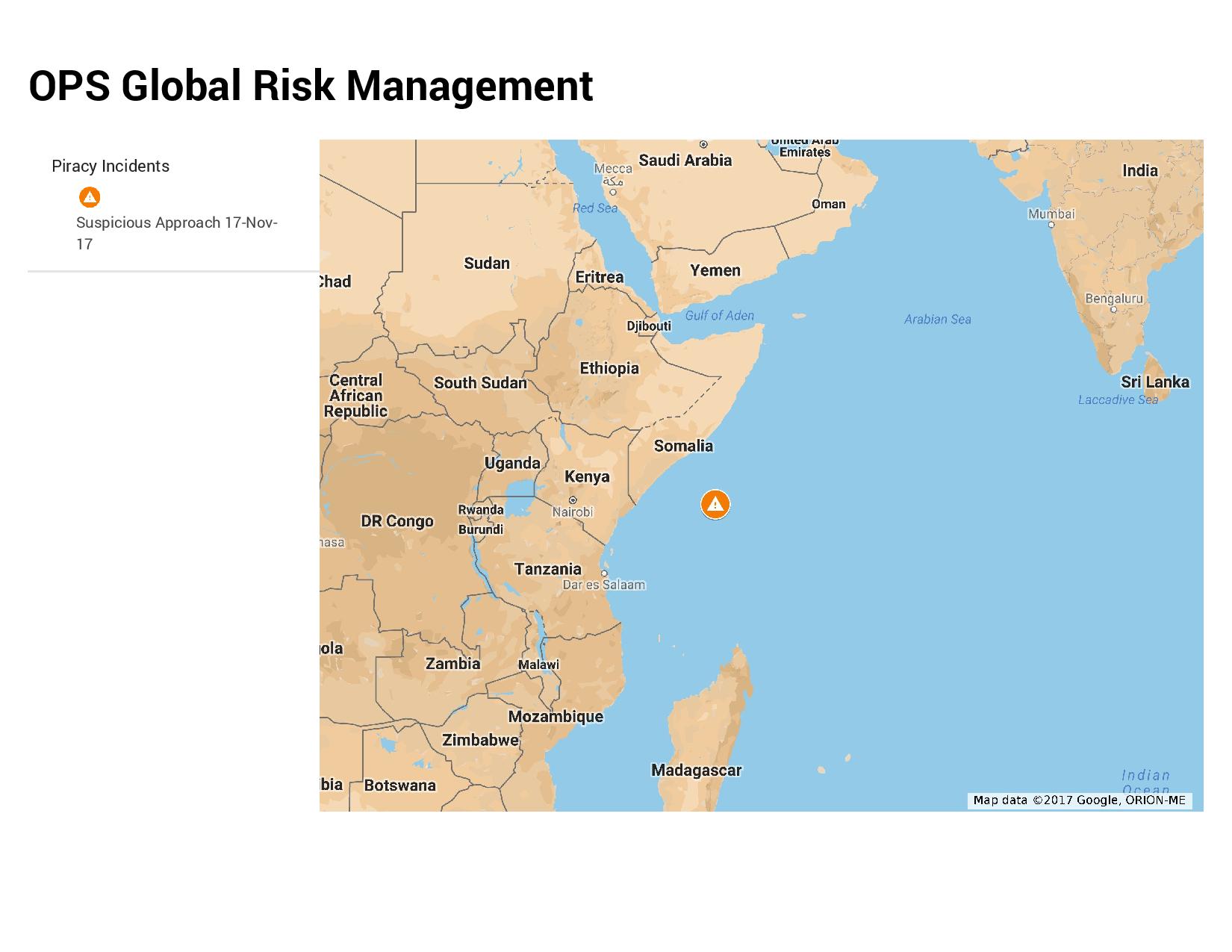 It has been reported that a vessel was approached whilst underway 340nm Southeast of Chisimayu. One skiff with four armed persons onboard came to within 1.6nm before aborting its approach. The vessel has been reported as safe.UPDATE 1: The UKMTO have received further information stating that the persons onboard the skiff made an attempt to board the vessel using hooked ladders. The vessel increased her speed and carried out evasive manoeuvres which resulted in the unsuccessful boarding. The pirates then fired two RPG's at the Bridge which both missed. Military sources have assessed that a Pirate Action Group are operating in the area and have recommended that extra precautions and vigilance should be taken within a 150nm radius of the incident. UPDATE 2: It has been reported that six pirates have been arrested in relation to the attack on this vessel and an approach on a separate fishing vessel in the region.