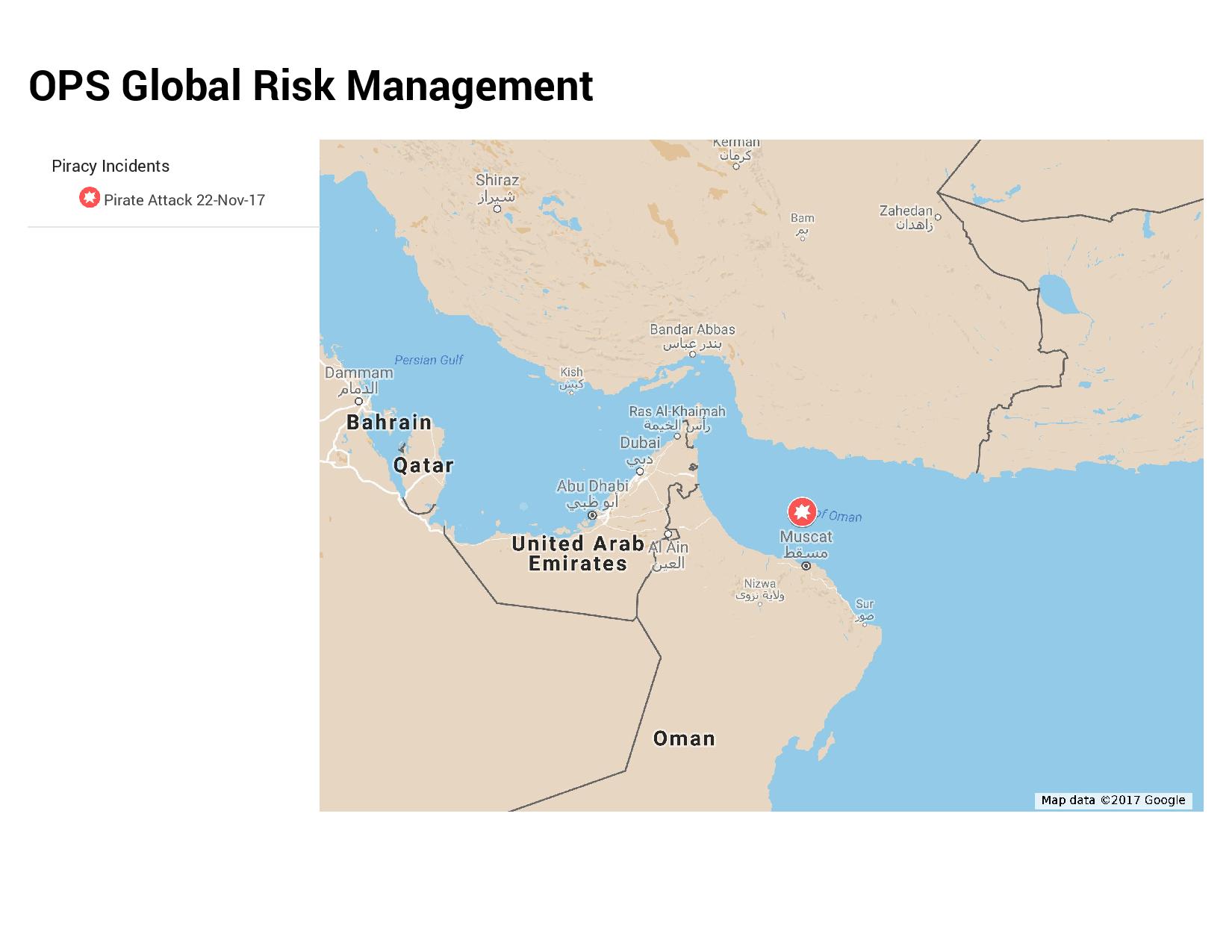 Security Alert: Vessel Fired Upon in Gulf of Oman

It has been reported that a cargo ship whilst underway was approached by five skiffs 100nm east of Fujairah. The assailants were unsuccessful in their boarding attempt due to the vessels evasive manoeuvres. UPDATE: It has been reported that there were three skiffs with armed men onboard, the skiffs approached the vessel from the stern. The armed men did fire upon the Vessel in this incident.