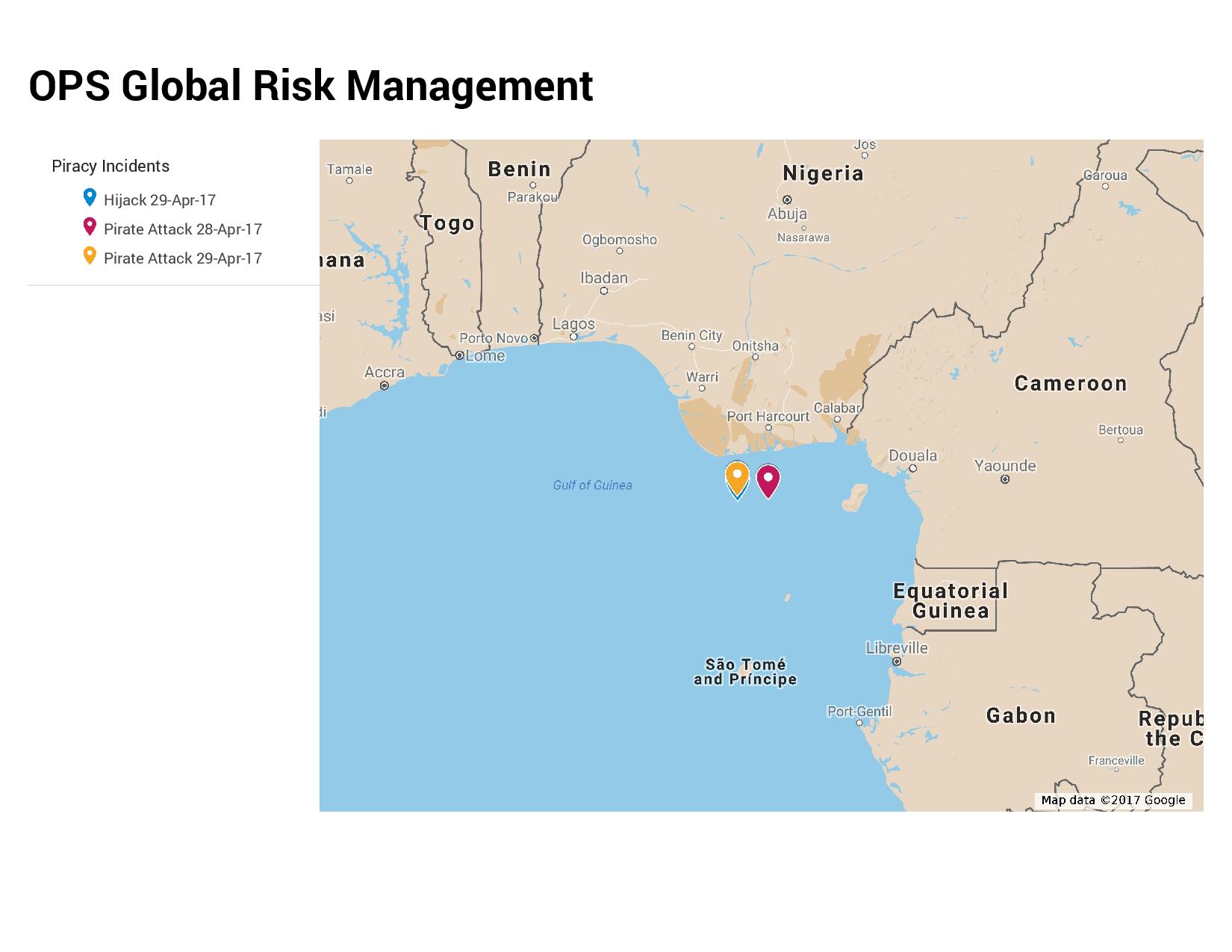 It has been reported that a United Kingdom flagged cargo vessel has been hijacked by pirates whilst underway, approximately 16nm Southwest of Okwori Terminal. The vessel was approached by one speedboat with armed pirates onboard. The cargo ship undertook anti-piracy measures however, according to initial reports, the pirates were able to board. MDAT-GoG have confirmed that the pirates have taken control of the vessel. The crew are reported to be mustered in the vessel's citadel and the Nigerian Navy have been contacted in order to send a nearby vessel to assist.

OPS Global Risk Management has received a report that a Liberian flagged reefer cargo vessel was attacked whilst underway to Port Harcourt, approximately 13nm West of Okwori Terminal. One speedboat with armed pirates onboard approached and opened fire on the cargo ship. The pirates then attempted to board the vessel. The cargo ship undertook anti-piracy measures and was able to escape. The vessel and crew are reported as safe.

OPS Global Risk Management has received a report that a Liberian flagged, refrigerated cargo vessel was attacked whilst underway to Pointe Noire approximately 12nm Southeast of Okwori Terminal. Four speed boats with armed pirates onboard approached and fired upon the cargo vessel and then attempted to board using hooks. The Master of the vessel increased speed and carried out evasive manoeuvres which resulted in the Pirates aborting their attack. The vessel and crew are reported as safe.