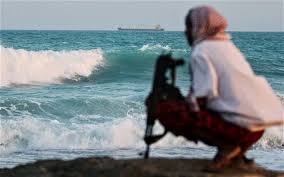 Somalia: Is Yemen Behind the Pirate Problem?

In a recent interview with Voice of America, Abdi Hassan Hussein, the former director of intelligence in Puntland, Somalia, said that several recent piracy events along the coast of Somalia were made possible by Yemeni investors. He said the Yemeni criminal investors are taking advantage of the chaos in their own country to provide financing to Somali pirates for vessels, weapons, ammunition, GPS devices, fuel and engines. Apart from the hijacking of the ARIS 13 on March 13 and the MV Casayr (a local Somali fishing vessel) on March 24, pirates have now allegedly hijacked the Al Kausar and the Salama, both described as small cargo vessels on their way to destinations in Somalia.

Prior to these hijackings, Somali piracy had been dormant since 2012. From 2008 until 2012, Somali pirates posed a significant threat to vessels passing through the Gulf of Aden. The economic cost of this piracy threat, not only from ransoms but also from skyrocketing insurance fees and spending on preventive measures, was estimated to have reached as high as $16 billion per year. But the implementation of safety measures and security efforts by international naval forces, among other factors, eventually reduced the profits of the criminal networks behind the piracy groups enough that they ceased their efforts. That is why the claims about Yemeni financiers are so worrisome: If Yemeni backers are pumping cash into larger criminal networks that include pirate crews, negotiators, informants and access to equipment and resources, piracy in the Gulf of Aden could spike again.

Yet it is important to note that the presence of international naval assets and safety protocols among commercial vessels in the area, including the use of armed guards, will severely limit the overall success of pirates. With the precautions currently in place, even well-funded piracy organizations in Somalia would be most successful against smaller locally operating vessels that do not net large ransoms. The threat to larger commercial cargo vessels and tankers passing through the Gulf of Aden that play a key role in global trade is lower. However, the more persistent pirate activity is in the region, the higher the chance that a valuable vessel will be hijacked. But there is no evidence that this is a threat yet, given that the few recent attacks have been able to target only smaller, less valuable vessels within a confined area.