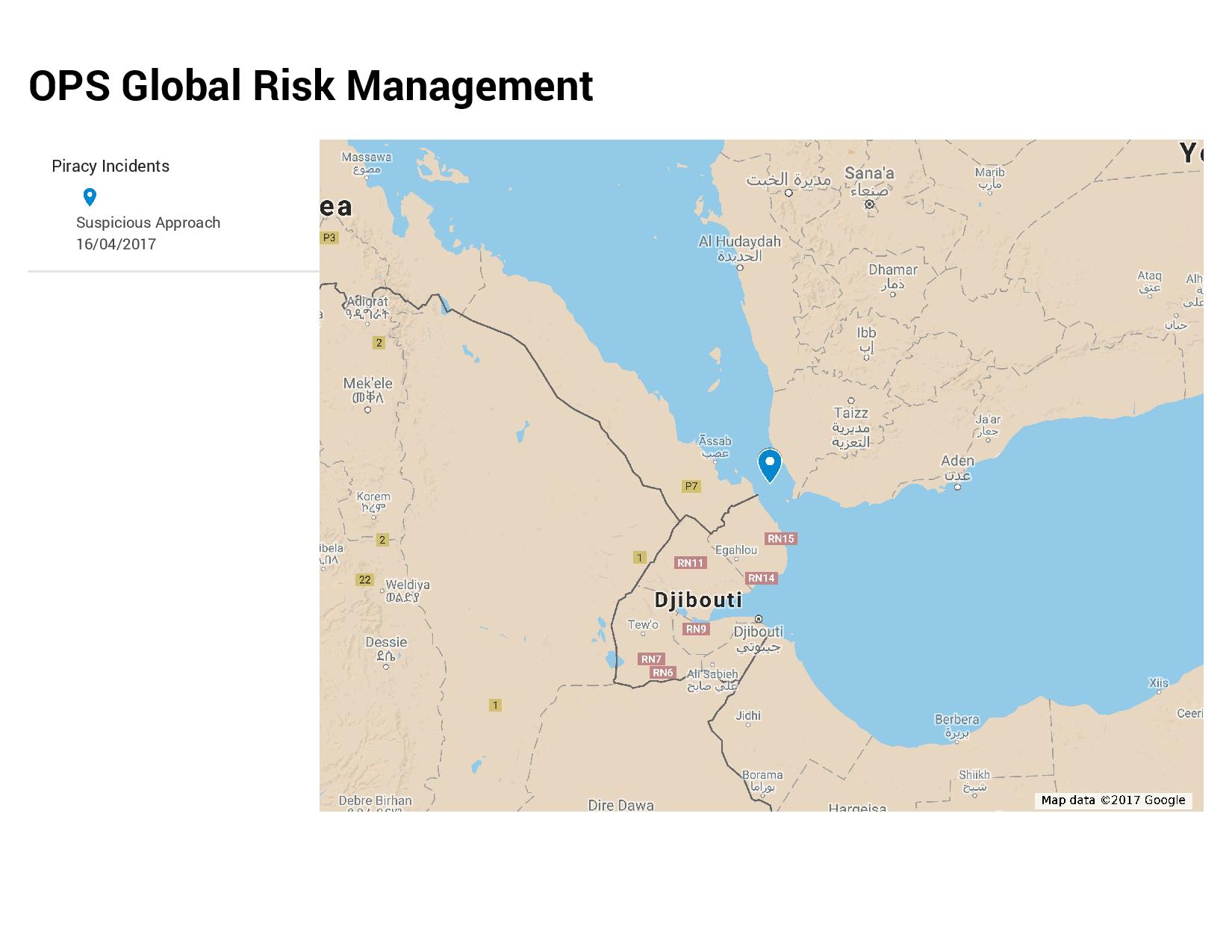 It has been reported that initially three blue hulled skiffs with five persons embarked on each approached the vessel. The Master raised the alarm and all non-essential crew moved to the citadel. The Master then informed a coalition warship of the approaching skiffs and the armed security team displayed their weapons. As the skiffs were about one mile from the vessel the armed security team fired a rocket flare resulting in the skiffs aborting their approach. At 1235 LT another white hulled skiff with six persons embarked approached the vessel and the security team fired another rocket flare resulting in the skiff moving away across the vessels bow. At 1250 LT two more skiffs approached and when they were about 0.7 miles from the container vessel, the security team displayed their weapons. The skiffs aborted their approach and were seen heading towards Mayyun. All crew are safe and the vessel has continued on her passage.