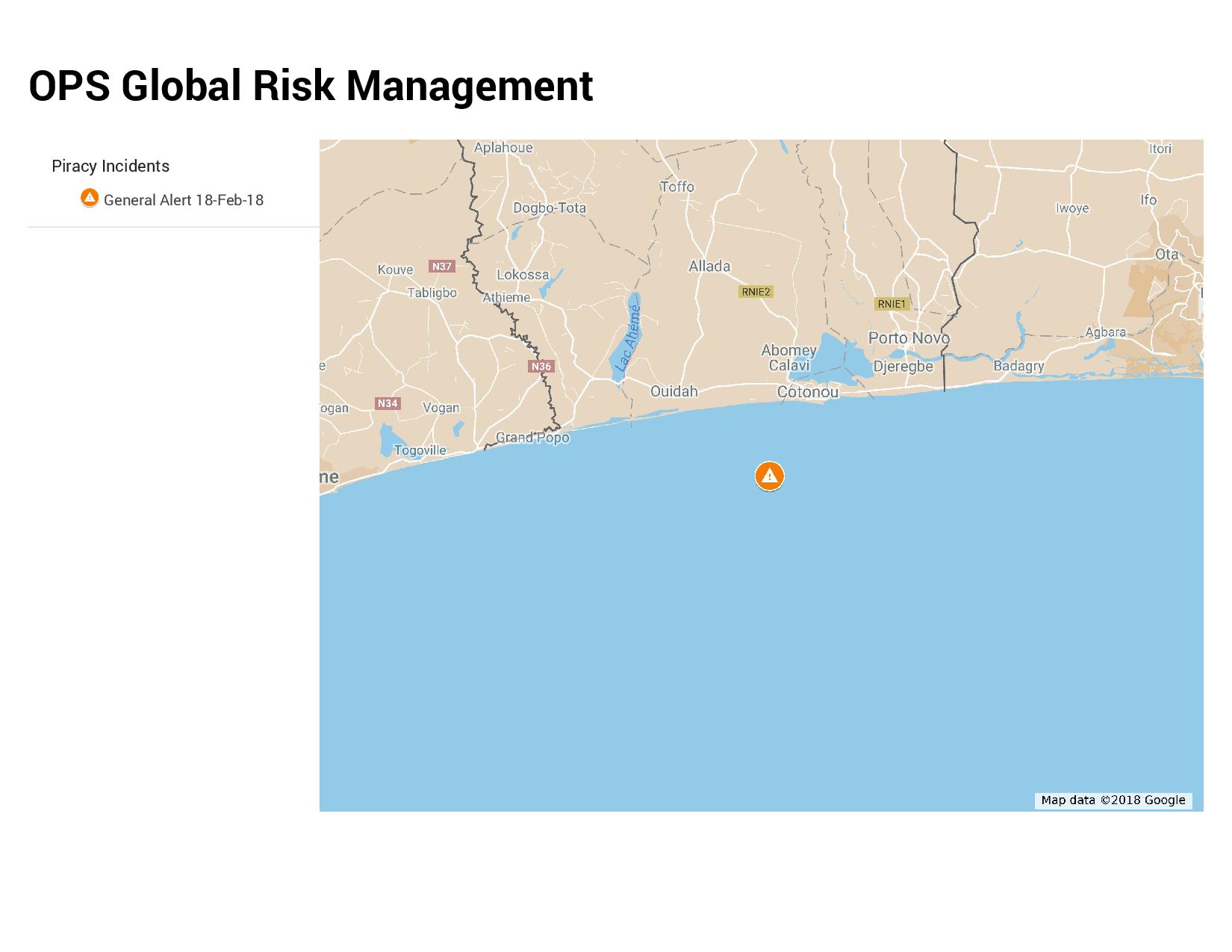 A report has been released stating that an incident is currently on-going involving a tanker in Cotonou Anchorage. The crew have retreated to the Citadel.

UPDATE: Further investigation has revealed that the owners of the tanker reported to the IMB Pirate Reporting Centre that the Master spotted unauthorised personnel onboard and activated the SSAS, all crew members then retreated to the Citadel. This report was passed onto the Benin Navy who dispatched three Navy patrol boats. Navy personnel boarded and searched the tanker but found no unauthorised personnel onboard. The Navy released the crew from the Citadel and are carrying out an investigation.

UPDATE 2: It has been confirmed that it was an on duty crewman who noticed three armed men onboard and raised the alarm. During this incident, the ship's office porthole was damaged due to gunshots.