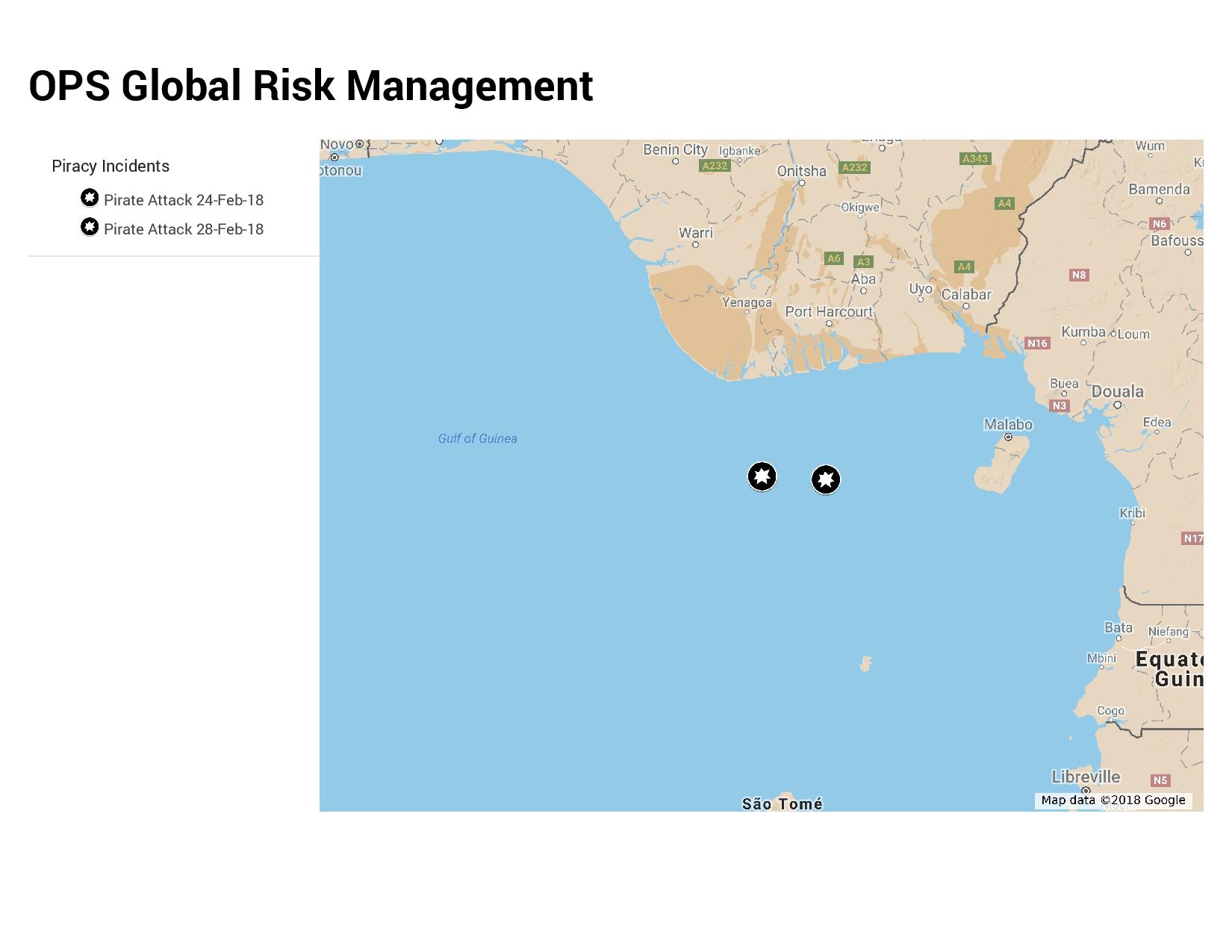 It has been reported that a tanker is under attack 40nm south of Bonny. A distress call has been received by VHF and the vessel is calling for assistance. UPDATE: Further information has been received stating that Pirates on board a speed boat chased the cargo vessel which increased speed to 20kts. After thirty minutes the pirates discontinued the chase. The Nigerian Navy was in communication with the vessel and dispatched a Naval warship to assist. A ladder and two mounted machine guns were sighted on the speed boat.

Exact location to be confirmed. It has been reported that a vessel has been attacked approximately 36nm Southwest of Brass Terminal. Ten armed pirates in a speedboat opened fire towards the ship. The armed guards onboard the vessel returned fire, which resulted in the pirates aborting their attack.