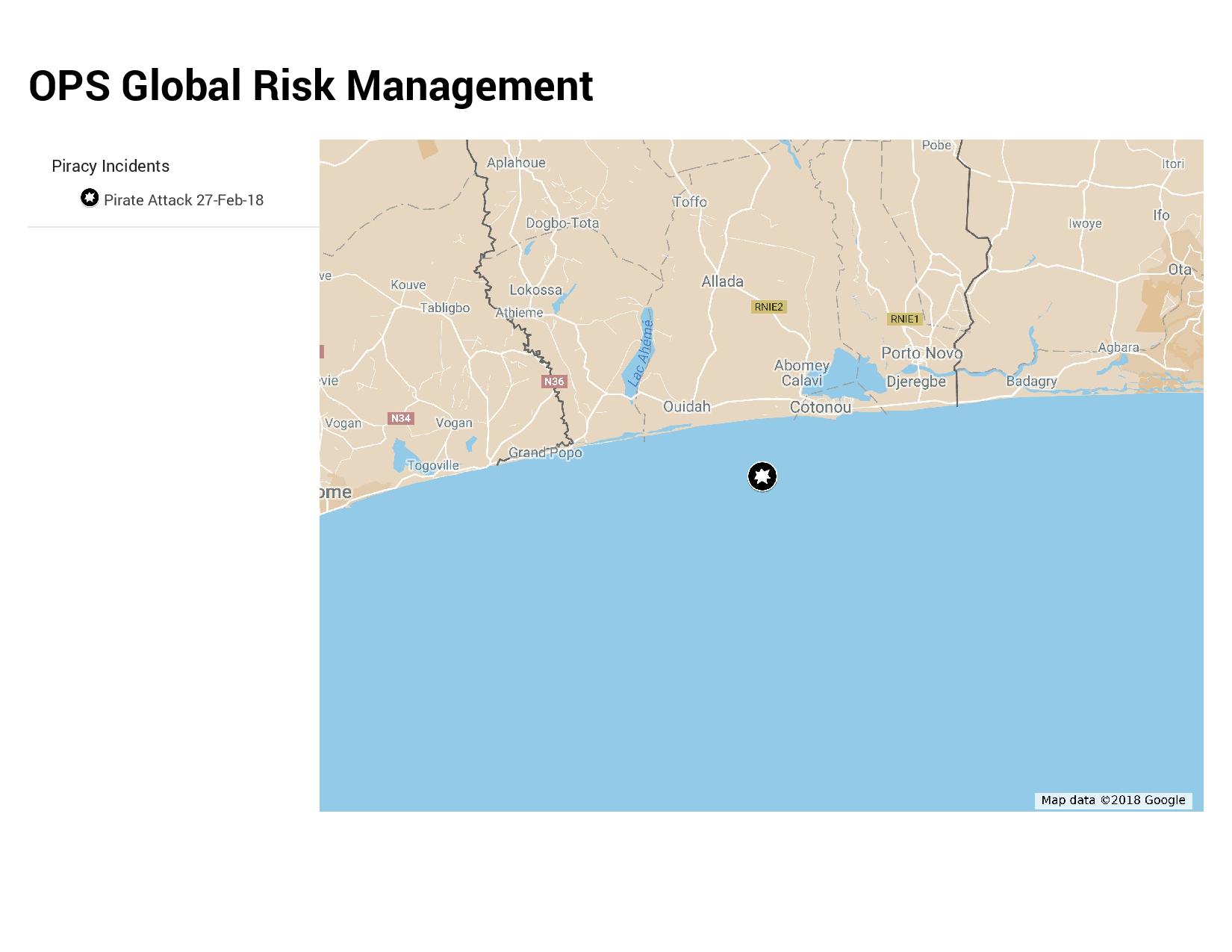 It has been reported that there is an ongoing incident on a vessel in Cotonou Harbour, Benin.

UPDATE: MDAT - GoG have confirmed this incident is now over. Although details are vague it has been confirmed that there has been a fire fight between pirates and the onboard armed security team in which two naval personnel were injured.The Benin Navy are currently onboard the vessel carrying out an investigation.

UPDATE 2: The vessel involved in this incident is a tanker, the pirates managed to board the vessel and obtain access to the Bridge. Once on the Bridge the pirates demanded the status of the cargo which was low due to recently discharging. The pirates then stole money and crew belongings before attempting to kidnap and escape with the Captain and Chief Engineer. The Benin Navy intervened resulting in the release of the Captain and Chief Engineer.