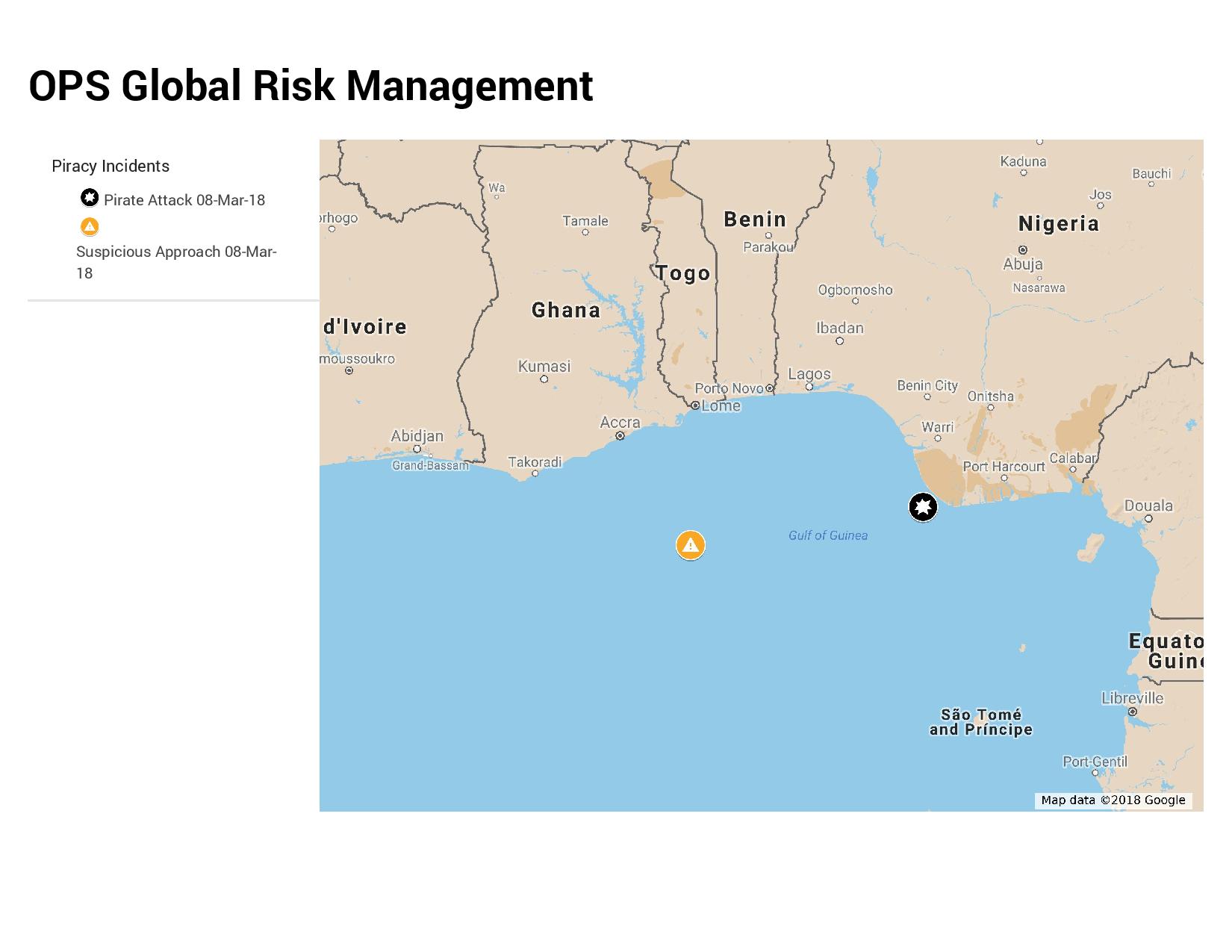 It has been reported that a vessel has been approached by three skiffs 65nm south east of Takoradi. The occupants were wearing camouflage clothing and carrying weapons.

UPDATE: OPS has received a report stating that the vessel involved was a Liberian flagged container ship. The three skiffs had up to six armed persons onboard and approached the vessel from the port quarter, starboard quarter and starboard bow to within 0.5nm. The Master of the container ship increased speed and undertook evasive manoeuvres. The skiffs pursued the vessel for five minutes before aborting due to a moderate swell. The vessel and crew have been reported as safe.