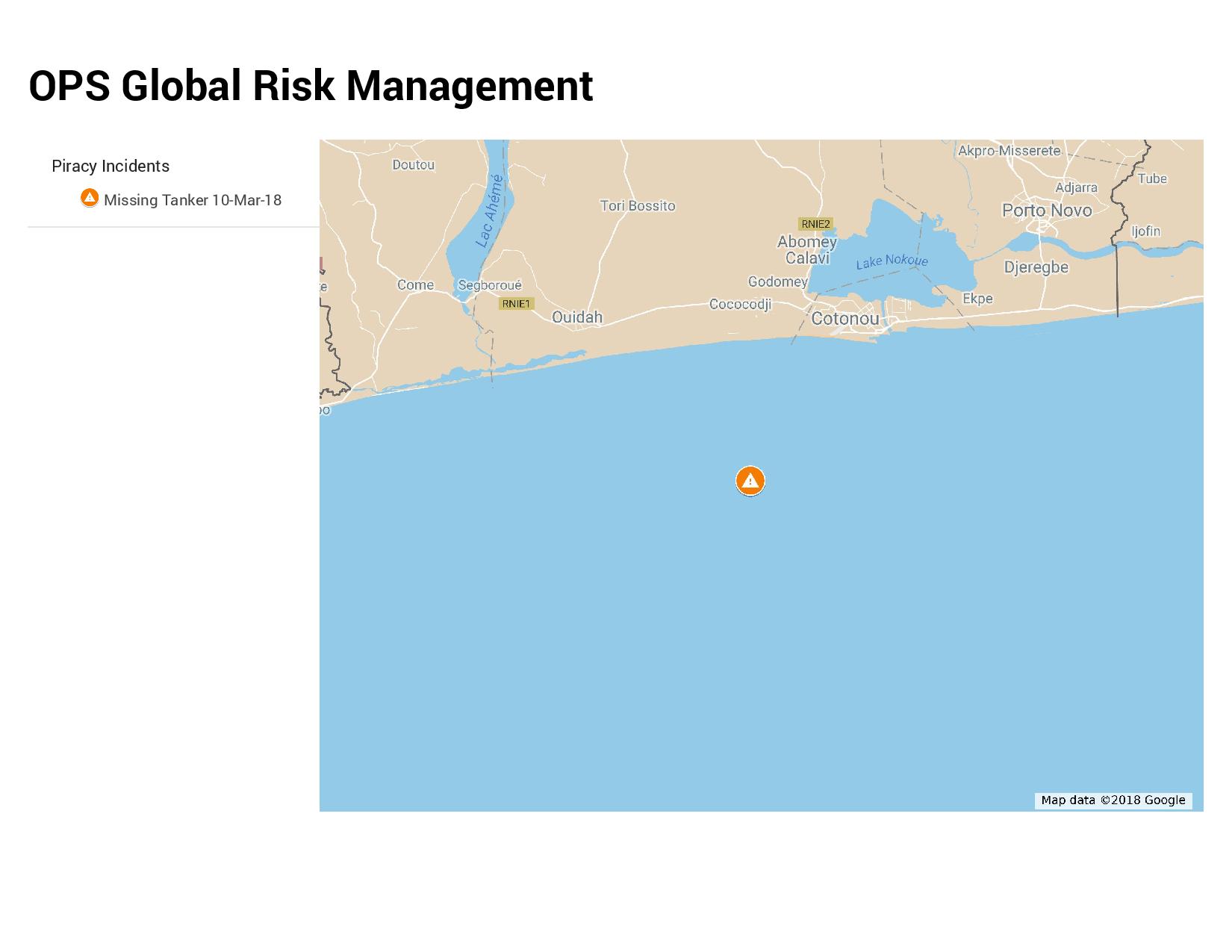 A report has been issued stating a tanker is missing after departing Cotonou. The tanker departed Cotonou on the 10th March 2018 on route to Port Harcourt. No further information has been released, OPS Global Risk Management will continue to investigate this incident and update this alert accordingly.

UPDATE: It has been confirmed that the Captain and two crew members were Kidnapped. The vessel is now in Cotonou Where the Benin authorities are conducting an investigation.