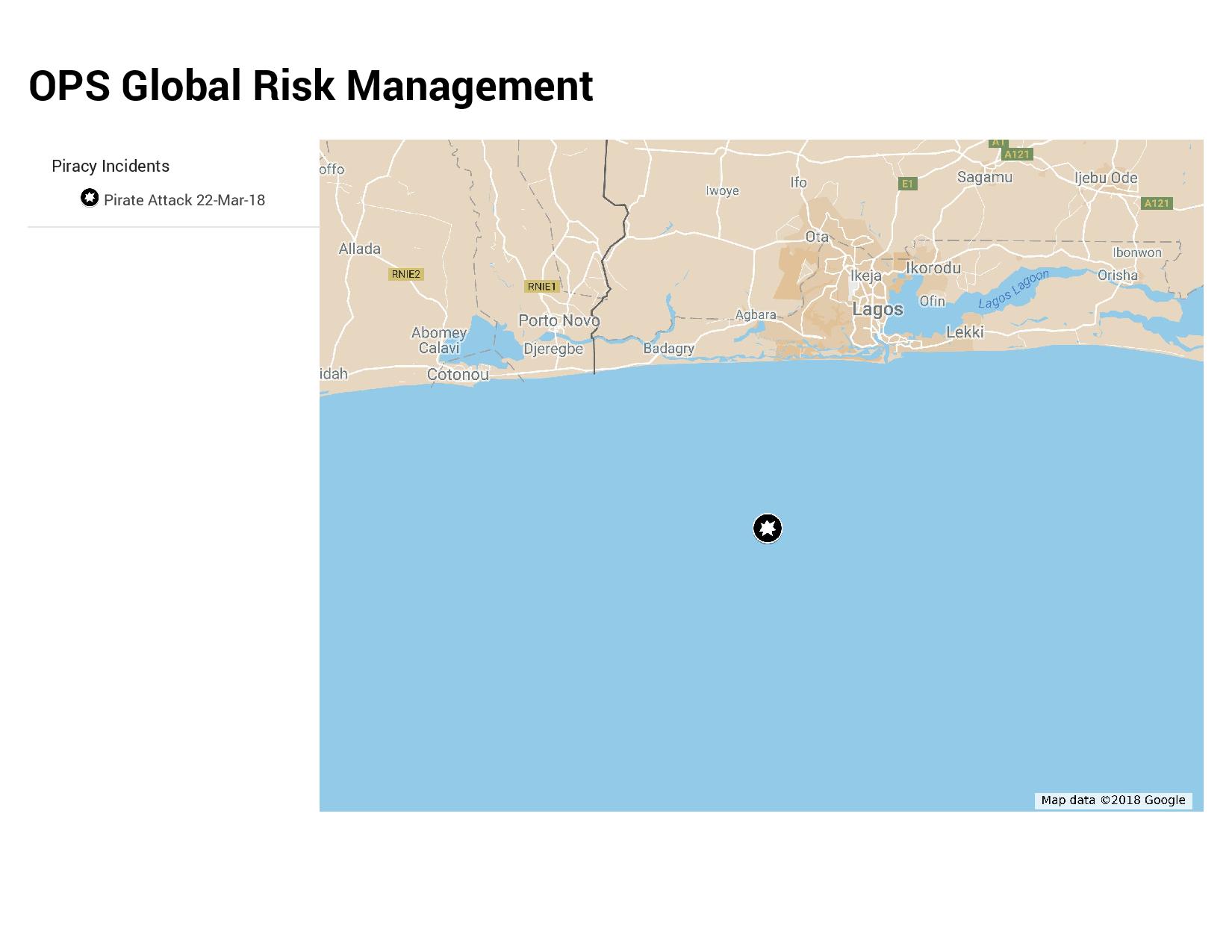 It has been reported that two fishing vessels were boarded whilst anchored 30nm South of Badagry. The report states that pirates onboard one speed boat were able to board and gain control of both fishing vessels. The fishing vessels were then seen sailing out of Badagry towards the waters of Benin. The vessels were released by the pirates close to midday and sailed to Lagos where they were met by the Nigerian Navy. Two crew members were kidnapped.

UPDATE 1: It has been confirmed that two crew members have been kidnapped.

UPDATE 2: A report has been released stating that the kidnapped crew members (Captain and Chief Engineer) have been released in the Forcados area of Nigeria. It is not known if a ransom has been paid.