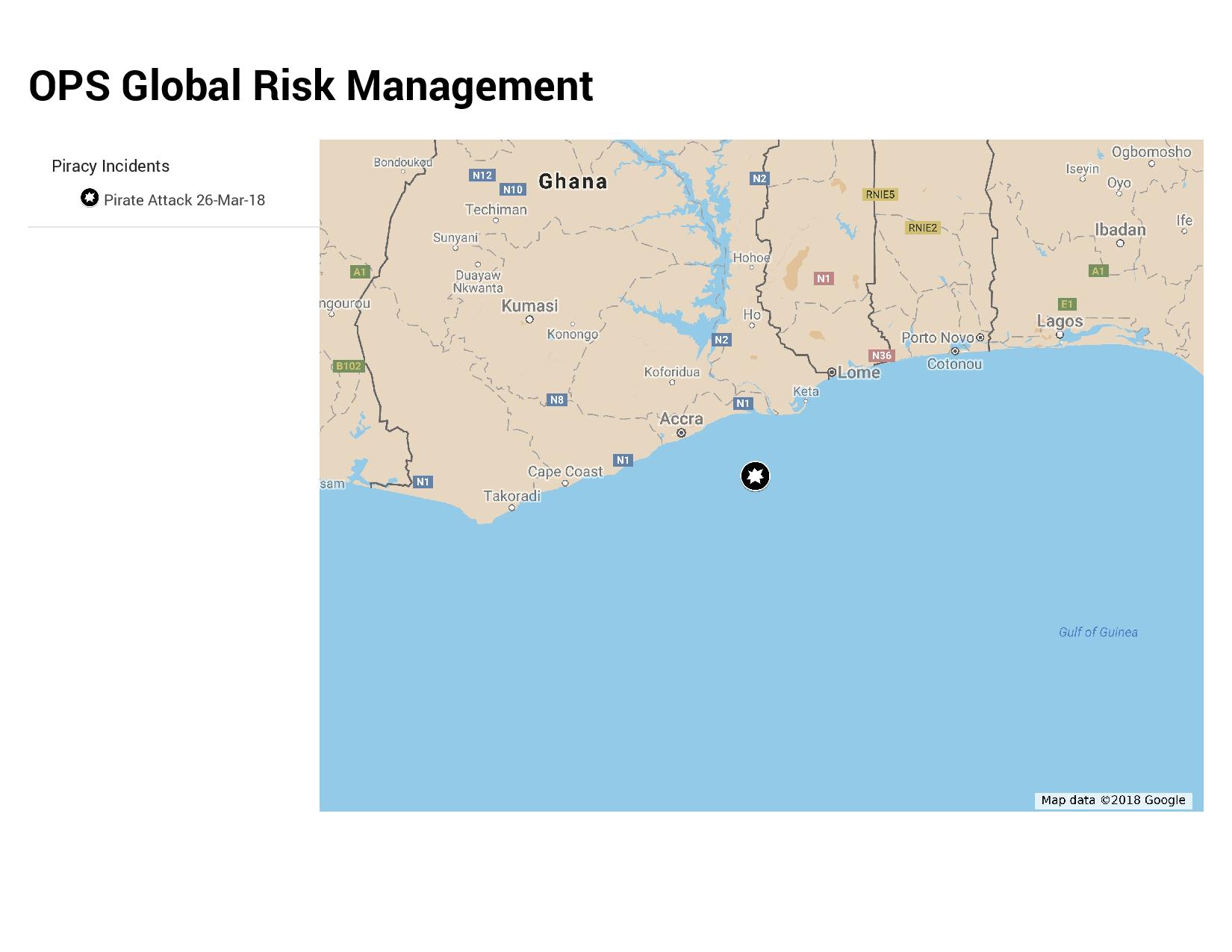 It has been reported that a Ghanaian flagged fishing vessel was attacked by pirates approximately 27nm south of Cape Saint Paul. The vessel is reported as being boarded. OPS Global Risk management will continue to investigate this incident and update when further confirmed information is received.

UPDATE: Information has been received stating that two fishing vessels were boarded and hijacked by pirates. On the 27th March the two vessels were seen sailing with a gap of up to 20nm to the south at 11 knots. The vessels were then seen turning back on a course of 035°. at a speed of 10 knots. There has been no contact with either fishing vessel.

UPDATE 2: Further information has been received stating that the Master, Second Officer and Engineer have been kidnapped from one of the fishing vessels and that the vessel is now heading back to port. OPS will continue to investigate and update with any information on the second vessel.