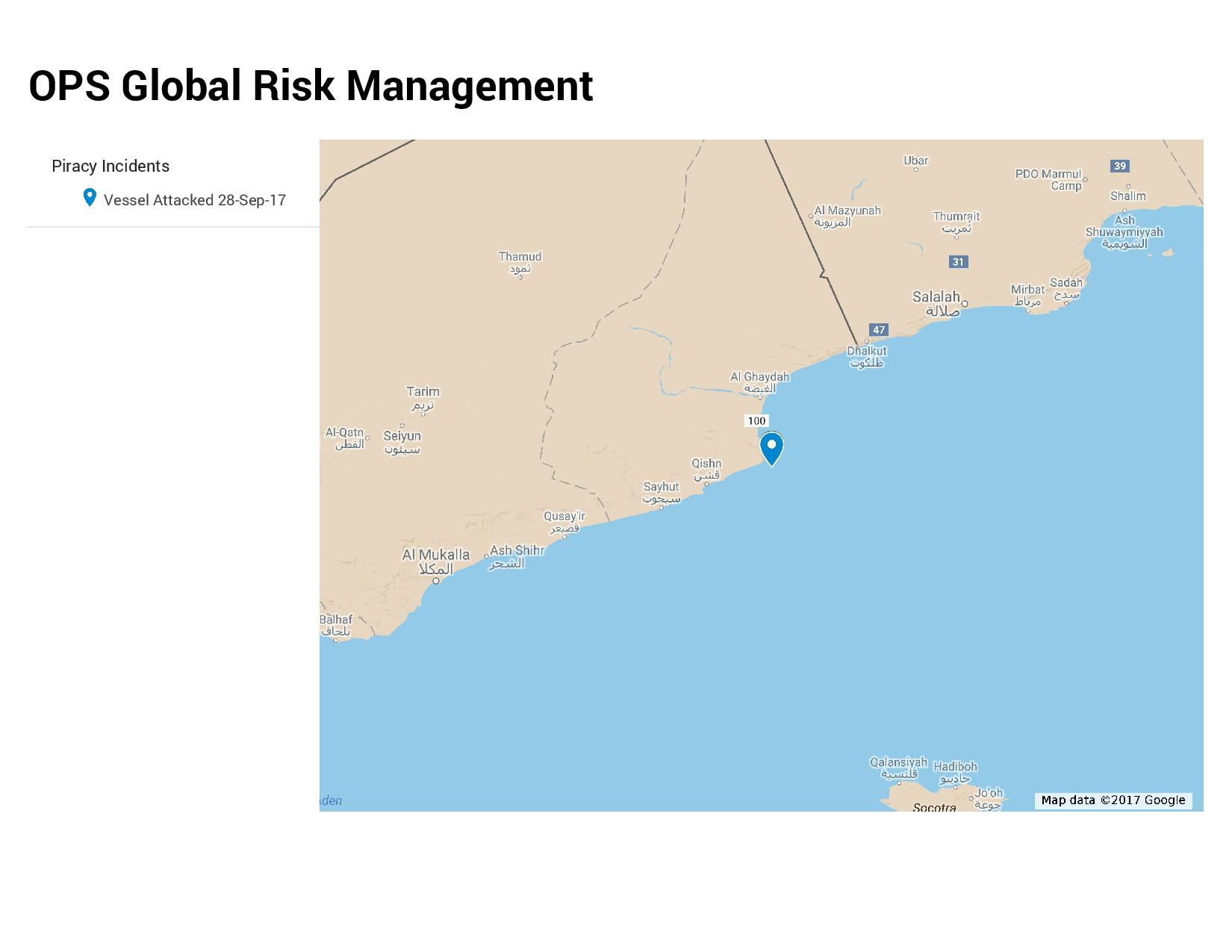 The UKMTO has been informed via email from two separate sources, that a report had been heard on VHF CH16 from a tanker stating she was under attack 20nm Southeast of Al Ghaydah, Southeast Yemen. One small boat with five to six persons onboard approached the vessel and opened fire. The vessel has managed to escape the attack and has been reported safe. The vessel is proceeding to the next port.